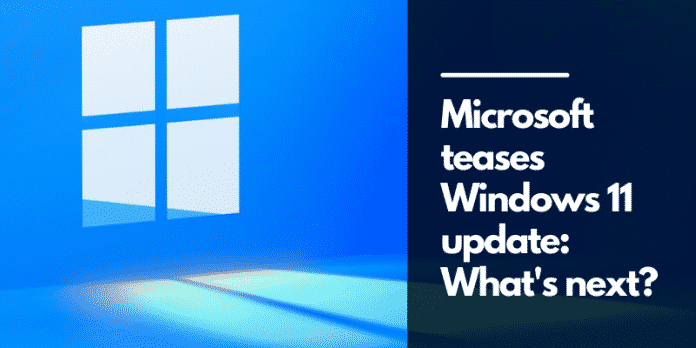 Microsoft has shared a teaser with the new logo for Windows 11. Although Microsoft has been silent about potential updates, developers and creators can be provided with some incentives to keep them engaged with a newer version. The launch date is supposed to be on 24 June.

In May, Microsoft CEO Satya Nadella dropped a few hints regarding the updates. The new updated OS might have premium upgrades in aesthetics and functionality. In addition, some significant UI changes that have been worked under the ‘Sun Valley’ codename could be rolled out. There could also be a new logo!

There have been small tweaks in the current versions as well as a few icons have been updated. These iconographies have even been carried on from editions as early as Windows 95. Microsoft could also fix some fundamentals, including the rearranging apps issue over multiple monitors and better Bluetooth audio support. A lot of apps and payment options could also be included.

The main aim of these updates is to give creators and developers a better engagement with the new Windows 11 OS. Speaking at the Build conference, Satya Nadella mentioned, “soon, we will share one of the most significant updates of Windows of the past decade to unlock greater economic opportunity for developers and creators.”