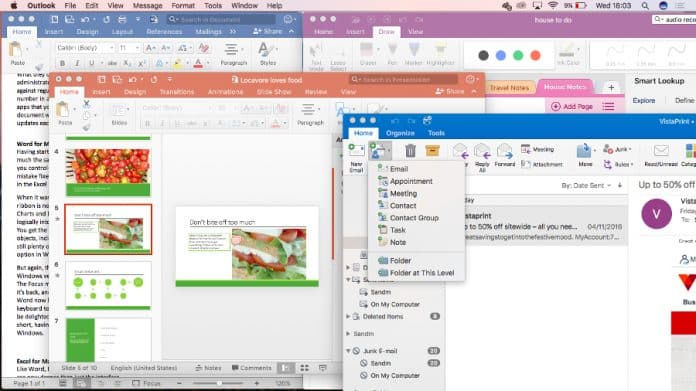 Apple launched its latest Mac devices running on apple homemade silicon. But we already know for a fact that some major developers like Google and Facebook will not be offering their apps for the time being on the new Mac devices. However. Microsoft has released a Universal build of Office for Mac running on Apple’s Silicon. Now, Mac users can run Office apps such as Word, Excel, PowerPoint, Outlook, OneNote, and OneDrive on the latest Apple devices with M1 chip. The devices include the 13-inch MacBook Air, MacBook Pro, and Mac Mini.

The announcement was officially made by Erik Schwiebert, Microsoft’s principal software engineer for Apple products in the Office Experiences. According to sources, the Redmond giant doesn’t have an official timeline as to when customers should expect a stable public release. the beta release is just an ‘initial peek for customers to test on hardware they may be acquiring this week.’

Apple also released an official statement saying, “You can submit Universal apps built with Xcode 12.2 that take full advantage of Apple silicon Macs. Your apps will look better than ever on macOS Big Sur, thanks to an all-new interface that’s been finely tuned for the powerful features that make a Mac a Mac”.

The latest Office beta for Mac and active Microsoft 365 subscription can be obtained by enrolling in Microsoft’s Office Insider program. Apple has started excepting apps for its ARM-based MacBook devices, however with some big developers not providing their services for the time being. Microsoft office support for the new Mac devices is a boon for apple.