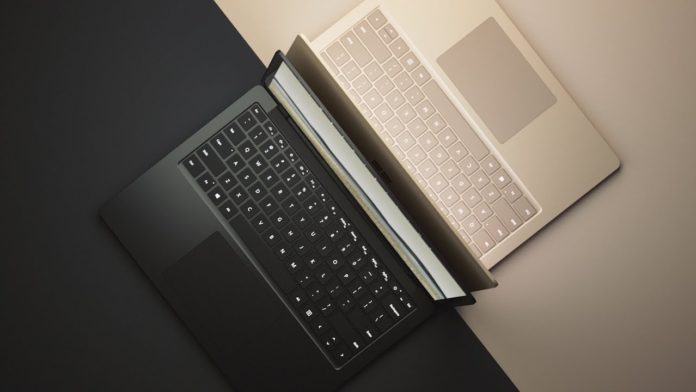 We ought to have guessed the mobile APU to be the Ryzen 5 3550U or Ryzen 5 3750U but it is even better. Microsoft has co-engineered with AMD to develop a custom Ryzen mobile CPU for its new 15-inch model. Panos Panay even claims that the Ryzen “Surface Edition” is the most powerful mobile CPU in a laptop available today.

The powerful graphics here doesn’t make it a gaming machine but does let people play casual games like Fortnite and Overwatch. Like the 13.5-inch variant, this one too has a 15-inch PixelSense multi-touch display with 2256 x 1504 resolution with 201 PPI and 3:2 aspect ratio.

Compared to the past Surface laptops and two-in-ones, the Surface Laptop 3 seems more repairable. You can just lift the keyboard layer off to reveal the internals of your laptop, making it easier for you to replace components like the M.2 NVME SSD drive.

The 15-inch model lacks the WiFi 6 feature which is exclusive to the Intel chipset but does have the Wi-Fi 5 i.e. 802.11ac compatible along with Bluetooth Wireless 5.0 technology. Obviously, it runs on Windows 10 Home OS and features a Firmware TPM security chip.

You can even expect a 20 per cent larger trackpad and has a fast-charging system that can give the laptop an 80 per cent charge in less than an hour using its typical charger, not the Type-C one.

Microsoft says that these laptops will give you up to 11.5 hours of battery life and has an Ambient light sensor. The Surface Laptop 3 just weighs around 1.5 Kg and will be available in 2 colours including Matte Black and Platinum.

You can get this 15-inch special Surface Laptop 3 at $1,199 and you can configure it accordingly at the Surface store for better specs. Pre-orders for the laptop has already begun and shipping is expected to start from October 22nd along with other surface products.