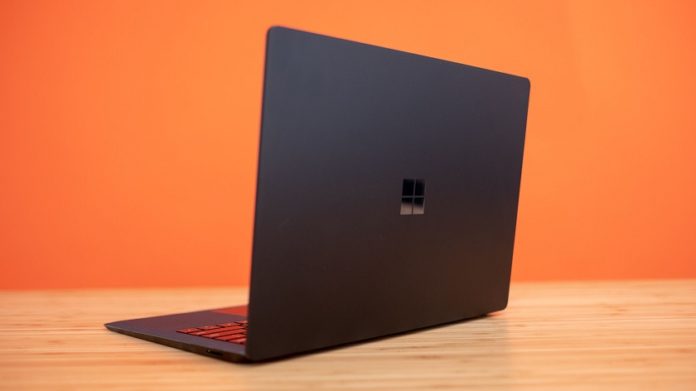 In the upcoming at its annual show, Microsoft will be announcing their new products including the much-awaited Surface Laptop 3. We already reported of some leaked benchmarks featuring the Surface Laptop 3 with latest 10th Gen Ice Lake CPUs and now we have some new info.

Famous tipster and leaker Tum Apisak has mixed feelings regarding his latest leak, showing both joy and confusion regarding the fact that whether the new Surface products will feature Ryzen mobile APUs or not. We have been hearing this for quite some time now, even reliable tipster Roland Quandt believes the Surface Laptop 3 will have AMD CPU options this time.

AMD did launch their the 35 W Ryzen 5 3550H and Ryzen 7 3750H gaming processors earlier this year and we expect the Red team to launch the energy-efficient Ryzen 3000U APUs in the coming months. The Ryzen 3000 mobile APUs are based on Zen+ architecture i.e. on 12nm process which will bring noticeable improvements over the last-gen.

The Ryzen 5 3550U and the Ryzen 7 3750U are the ones that are being speculated to be used inside the Surface Laptops. This might be a tactical move by Microsoft to reduce the pricing, already we know that the 10th Gen CPUs would be even more costly so, using the Ryzen alternatives might be the perfect option to cut down prices and offer cheaper Surface Laptops to wider audience.

So both these APUs have a 15W TDP and it is speculated that the Ryzen 5 3550U will have with a base clock speed of 2.1GHz and a boost of 3.7GHz. Currently, we don’t know whether if the 13.5-inch variants will be powered by AMD APUs or if the 15-inch models will feature these APUs only.

For now, all we can say is that it will be interesting to see Microsoft and AMD collaborating on their new product lineup. All of the details regarding the Surface lineup will only be known on the day of launch which is scheduled on October 2nd.

Previous articleNew Ryzen 5 3500 & 3500X are the new budget CPUs by AMD
Next articleOppo A5 2020: Everything you need to know about this device.