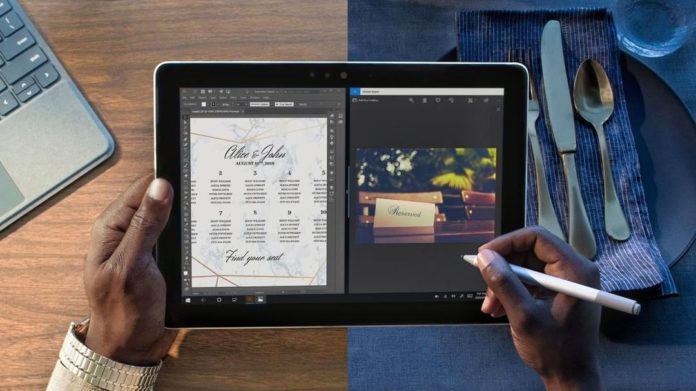 Microsoft is currently working on its Surface series laptops and on its last year’s introduced Microsoft Go. This tiny computing device is lot more handy & portable, mostly like a tablet with Windows carrying an Intel chip for productive purpose.

The silicon giant’s annual event is just a month away and we are seeing leaked benchmarks of its laptops. The new Benchmark listing that we see here might be Microsoft’s upcoming model of Surface Go that features 8th Gen Intel Core m3 fanless CPU and 8GB of RAM.

The name of the benchmarked model is ‘OEMTX OEMTX Product Name EV1’ which is quite similar to the codename of previous generation of Surface Go.

The newer Surface go will be much stronger and improved when compared with the last gen model. The original Surface Go with Intel Pentium used to run max at 1.6GHz and did lack the Turbo Boost feature. On the other hand, the Surface Go with Intel Core m3 will apparently support this feature.

It is worth noting that the model here runs on Windows 10 Pro. When we compare the new model with previous year model with the new one, we see the the new Surface Go is lot more powerful about 65% more powerful on single core and 45% more on multi core.

These benchmarks have raised a new speculation of that Microsoft might be updating its Surface products at its annual event. Also, Microsoft did confirm to be hosting its event on 2nd of October but for now the new Microsoft Go is only a speculation.

Previous articleIndia drew with Qatar. So what are India’s chances of qualifying for the 2022 World Cup?
Next articleAlphonse Areola wants to have the same impact as his idol Iker Casillas had at Real Madrid