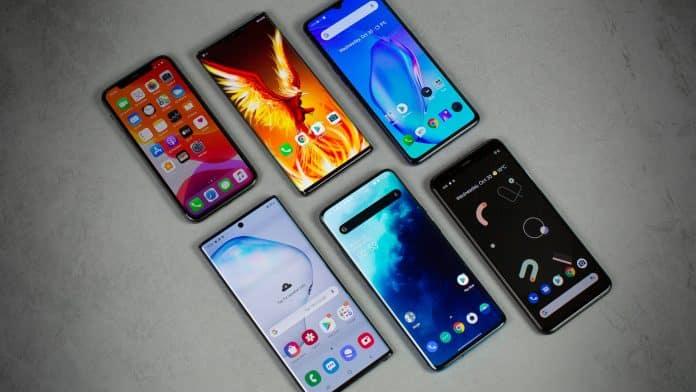 With new smartphones coming thick and fast, it is important to keep track of what we are going to get in the coming days. Here we look at a number of smartphones that are going to be officially unveiled by their respective companies very shortly. You can find the proper list along with the expected dates here, all thaks to Playfuldroid.

The smartphone will flaunt a 6.7-inch Dynamic AMOLED which offers WQHD+ resolution and also with a refresh rate of 120Hz. It will have a 10-megapixel selfie camera with the support of 10MP autofocus selfie camera facilities. It will be powered by the Qualcomm Snapdragon 855+ chipset. It is manufactured with a RAM of 6GB and a storage of 128GB. The device will be packed with a 4500mAh battery which supports the fast charging facility with 25W.

The OPPO Reno 6 series will launch by June 2021. The OPPO Reno 6 might have a 90Hz OLED display with a screen size of 6.5 inches. The rear camera is a quad-cam with a 64MP primary sensor and it has a standout and unique design. The front camera is 32MP. It will house a 4500 mAh battery and will support fast charging. It might be powered with a MediaTek Dimensity 1100 or Dimensity 1200 chipset.

The Honor 50 series will be released in June. The smartphone will feature a 6.79-inch AMOLED screen with a screen refresh rate of up to 120Hz. It will have Qualcomm Snapdragon 888 Soc and a triple rear camera. It will have a special pill-shaped dual-ring camera design. Only this information about the series is available till now.

It might have an IPS LCD panel with a side-mounted fingerprint scanner. The smartphone will have a triple rear camera setup that includes a 48MP primary sensor along with an 8MP ultra-wide shooter and one other macro sensor. For selfies, this phone is likely to have a 13MP selfie snapper at the front. It might be powered with the Dimensity 700 or 720, or even Qualcomm Snapdragon 480 chipset.

This phone will launch along with the Redmi Note 10 series in China on 26th May.

The smartphone will sport a 6.67-inch FHD+ AMOLED screen and has a refresh rate of 120 Hz. It is powered by a Snapdragon 732G chipset but according to some sources, we might see it with Snapdragon 750G processor. The device is packed with a 5,020 mAh battery cell and is paired with a 33W fast charging support. The primary camera of the device offers a stunning 108 MP lens and also boasts a 16 MP selfie snapper. It is still not sure what can be the other specs of the device.

The Vivo V21 SE will have an FHD+ display with a screen resolution of 1,080 X 2,400 pixels. It will be supported with the Snapdragon 720G mobile processor. It is expected to flaunt a dual-camera setup at the back with a 48MP primary sensor. The device will house a 5,000mAh battery cell and will be paired with an 18W fast-charging support.

It will launch in global market and in India as well.

The Realme GT 5G flaunts a 6.7-inch AMOLED QHD+ display and comes with a high refresh rate of 120Hz. The smartphone will be powered with the Snapdragon 888 SoC. It has a triple rear camera with a 64-megapixel Sony IMX682 primary camera, an 8-megapixel ultra-wide lens and a 2-megapixel macro camera. It also has a 16-megapixel front-facing camera. It houses a 4,500 mAh battery cell which is paired with a 65W wired fast charging support.

The Poco F3 GT will flaunt a 6.7-inch AMOLED display with full-HD+. The smartphone will be powered by MediaTek Dimensity 1200 SoC coupled with 6GB of RAM and 128GB of storage. The handset has a triple rear camera setup that has a 64-megapixel primary sensor, an 8-megapixel ultra-wide-angle shooter and a 2-megapixel macro shooter. There is a 16-megapixel selfie snapper at the front. It will be backed by a 5,056mAh battery and 67W charging speed.

This series was supposed to be launched earlier but it was delayed to some issues. Now the launch of the Huawei P50 series could happen in late June. It might be launched with the newly arrived HiSilicon Kirin 9000 chipset. From the images, one can see all the 4 camera sensors on the rear side are packed inside the two large circular blocks. Other details are not out yet so we have to wait to see what more it offers to the customers.