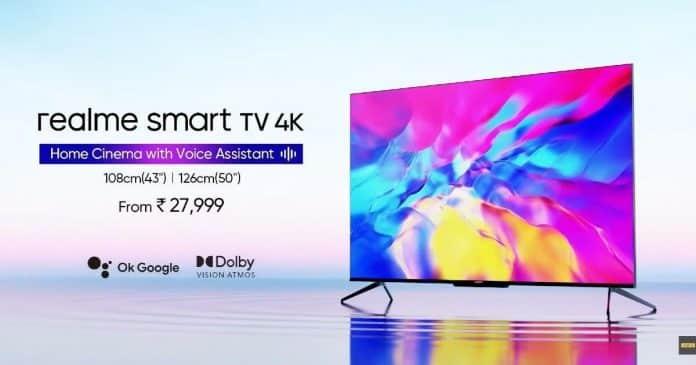 It is powered by a quad-core MediaTek chipset which is coupled with 2 GB of RAM and 16 GB of onboard storage. The TV features Dolby Vision HDR technology and Dolby Atmos immersive audio. It has four speakers and they jointly deliver a total of 24W output. There is Google Assistant support that aims to make things easier for you. It also has TUV Rheinland Low blue light certification.

Apart from this, it has a Google play store and like other smart TV, it gives you built-in Chromecast support. The 43-inch model measures 960 x 563 x 76 mm and weighs 6.5 Kg whereas the larger variant weighs 9.2 Kg. The sale of this TV set will start on 4th June from Flipkart, Realme.com, and major retail stores. The 43-inch variant and 50-inch model are priced at Rs. 27,999 and Rs 39,999 respectively.