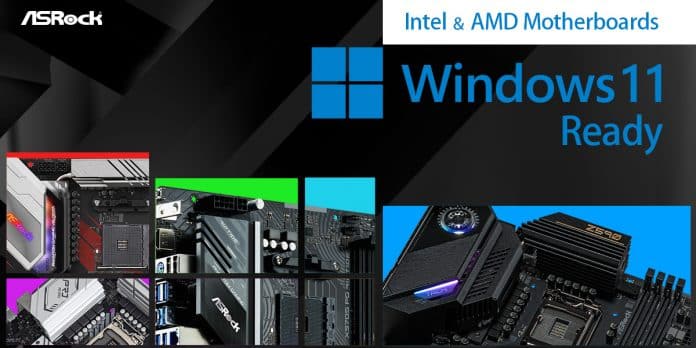 Yesterday, ASRock disclosed the list of their AMD and Intel motherboards which are compatible with Microsoft’s new Windows 11 operating system. As we already know, Microsoft requires the platform to support TPM 2.0, or Trusted Platform Module Version 2.0, so as for Windows 11 to work properly.

However, now ASRock announced that for those users who don’t have the TPM hardware module on their current motherboard, they can get the verification for TPM 2.0 by using either TPM on AMD’s series of motherboards or PTT on Intel’s series, both located in the BIOS.

Method to Enable TPM in BIOS

How to Enable Intel® Platform Trust Technology (PTT) in BIOS

Until now we have already seen the listings of ASUS, MSI, and Gigabyte motherboards that will be compatible with Microsoft Windows 11. It’s expected that Microsoft will release its latest Windows 11 in the third quarter of 2021. Still, more manufacturers are expected to release their list of compatible motherboards list for Microsoft’s upcoming operating system.

Windows 11 has all the power and security of Windows 10 with a redesigned and refreshed look. It also comes with new tools, sounds, and apps. Every detail has been considered. All of it comes together to bring you a refreshing experience on your PC.