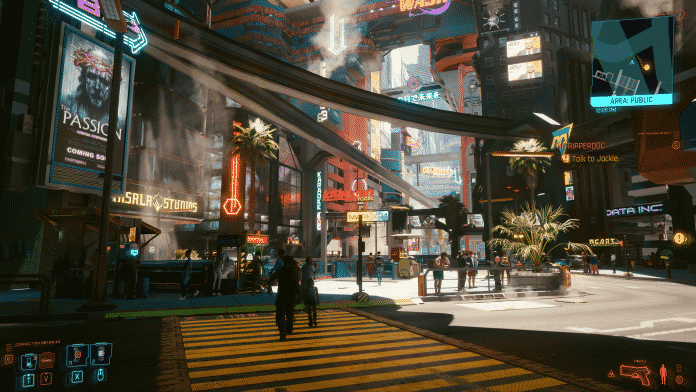 Cyberpunk 2077 is finally out and has already turned into a major disappointment for the PS4 and Xbox One users. We have already heard the public apology from CD PROJECT RED and how the users of PS4 and Xbox One can file for their refund. It is clear news that the game sucks on last-gen consoles, but what about the next-gen consoles?

On PlayStation 5, users are stuck with PS4 Pro settings and resolution, which maxes out at 1188p. However, on Xbox Series X, they can choose between Performance mode, 1080p/60fps, and Quality mode, which runs between 1512p and 1728p but adds a bit more visual flair, including increased crowd density, ambient occlusion, and more detailed reflections, all at a locked 30fps.

It was found that in terms of performance, Sony’s next-gen console maintains a pretty steady 60fps, with occasional dips to the low 50s when driving. Meanwhile, Microsoft’s Xbox Series X’s 1080p Performance mode struggles more than the PS5, dropping as low a 40fps during more frantic firefights.

Thus, if we compare the results, there is no obvious winner here. In terms of performance, Sony’s PlayStation 5 is probably the best bet. But if you are more concerned with the visual quality and don’t mind a downgrade to 30fps, by all means, go for Xbox Series X.

But it is worth remembering that CDPR will release two more updates of Cyberpunk 2077 in January and February. So the performance results are still not final.