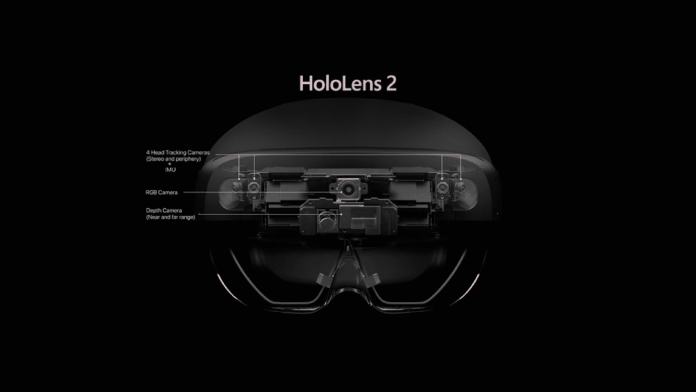 HoloLens is one of the rare AR headsets that work and is been used by several people out there which is not as much as the smartphone user base but for an AR headset its big enough. HoloLens 2 which is a successor to the Microsoft’s former AR headset HoloLens launched back in 2019 and was quite a hit among the industrial users and even became available to normal consumers some months ago for $3500 but it was missing a major feature of the original HoloLens, the research mode.

The research mode basically uses a bunch of sensors on the HoloLens for research purposes by academic or industrial researchers to create an augmented reality environment that is not meant for deployment such as tracking obstacles and presenting objects in a mixed reality space.

The research mode feature set of the former HoloLens

The new improved research mode on HoloLens 2 provides new functionalities such as hand-tracking and eye-tracking which can be accessed through APIs during the research mode helping to make experiments much interactive and useful. Apart from this, the new research mode also lets you access built-in computer vision algorithms such as SLAM (simultaneous localization and mapping) and spatial-mapping algorithm to create a better-mixed reality environment.

According to Microsoft, the new research mode can be proved quite useful in the field of robotics.

Apple's done with its annual September event but we haven't got AirPower till now and chances are that its gonna take...
Read more
Mobile Accessories

Facebook is not just limited to your daily social media apps these days but the company has been quite active in the...
Read more

When the Surface Pro X was originally introduced back in 2019, we had a lot of promise from this device, however, it...
Read more
Load more

If you are planning to buy a good quality neckband or TWS earphones, then this is the golden time to grab one...
Read more