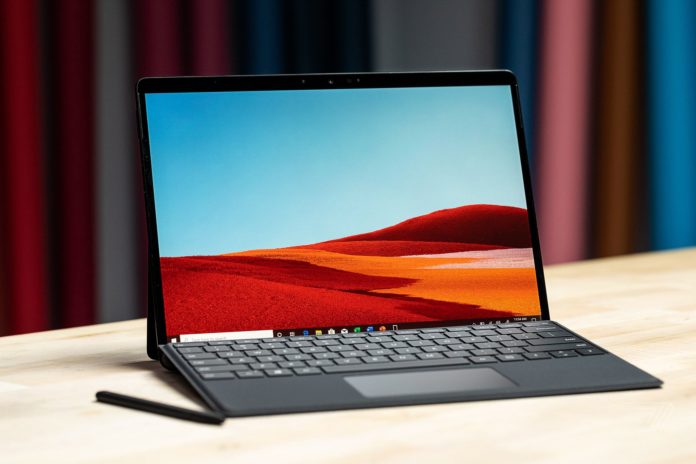 Finally, Microsoft announces its new Surface products at its event held a few hours ago and among them, the new Surface Pro X is a unique one. Borrowing the design aesthetics from it’s Surface Pro lineup, the new boy here is a 13-inch tablet that is just 5.3 mm thick.

The 2-in-1 weighs just 0.76Kg, making it incredibly light in spite of the fact that it houses the same 12-inch chassis as earlier models. The Microsoft Surface Pro X also supports USB-C and has LTE option as well for staying always-connected.

The thing that has stunned everyone is the inclusion of its own custom ARM chipset, which Microsoft calls the Surface SQ1 chipset. Panos Panay has even claimed that the SoC will have a 7 W thermal design power (TDP) and will be 3x as powerful per watt as the Intel-powered Surface Pro 6.

The Surface Pro X also features an AI chip, the first Surface product to do so, which in fact Microsoft claims will generate up to 9 Teraops of computational power. The graphics is handled by the Adreno 685 iGPU. It is coupled with 8GB or 16GB of LPDDR4x RAM and it’ll come with a removable 128GB, 256GB or 512GB SSD.

The 2-in-1 will be sold alongside a new Type Cover that will be exclusive to the Surface Pro X only. The unique thing is that the Type Cover charges the new Surface Slim Pen too, and the latter rests in the Type Cover when is not in use.

Microsoft has promised 13 hours of battery life and a zero to 80 per cent quick-charge time of under an hour only. It’s unclear of which version of Windows 10 the Surface Pro X will run on and Microsoft did not even confirm whether it will run x86 apps too.

The Surface Pro X starts at US$999, it will go up for pre-order later today and will start shipping on from November 5 onwards.