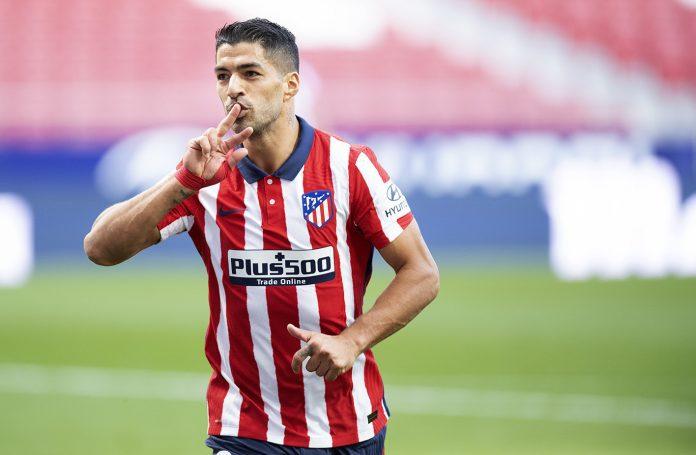 Only days after the official announcement of the signing of Luis Suarez by Atletico Madrid, the Uruguayan made his debut from the bench against a 6-1 storming win against Granada.

Diego Simeone was all praises for his newest acquisition, saying, “His two goals didn’t stand out for me, but his assists, his runs, and his movement did,” Simeone said after the match.

“The changes gave us a bit extra with the strength of Marcos, the quality of Vitolo, the clarity of Thomas [Partey] and Suarez knows what he has to do: play for the team.”

The former Barcelona frontman came on as a substitute for Diego Costa in the 71st minute. In his first minute as a Rojiblanco, Suarez assisted Marcos Llorente as Atletico Made it 4-0.

About 13 minutes later, the tables were turned and it was Llorente who assisted Suarez to his first goal as an Atletico player.

However, things did not end there as Suarez racked up his second goal for Atletico in injury time as the striker finished off a rebound from a post to end the match 6-1.

“It will depend on our work, our squad depth and the players’ security. The team was liberated,” Simeone said, talking about how competing for starting positions could help the team improve.

“The arrival of an important player improves the team, but the team was already working very well. Now we’ll continue taking it game by game, like always.

“From my perspective, when it comes to building a squad, I look for guys who know how to perform and who accept when they play and when they don’t.

“That’s how great teams are formed. It is what gives you the possibility of having more options. That’s what we’re looking for season by season.”

What lies ahead for Suarez?

Suarez, although well into his 30s, is one of the best strikers in the world. However, the Uruguyan is the ideal striker for Simeone from a tactical perspective .

Being one of the most experienced players on the pitch, Suarez knows what it takes to win the big matches and can offer the clinical finishing and the maturity that it takes to take on the big leagues.

Can Suarez guide Atletico to Silverware?

Though the last title that Simeone won was the 18/19 UEFA Super Cup, there has been an absence of silverware from the domestic side of things since their Spanish Cup victory in 14/15.

With the advent of a world-class striker like Suarez who fits into the system, the Rojiblancos could end their drought of Spanish silverware this very season.

His six years at Barca saw him become one of their best strikers in their history. However, Griezmann is Barca’s new centre forward now. Suarez will be missed at Barca, as he could offer some quality from the bench.

His best years are behind him, and there is a very good chance that the player retires at the Wanda Metropolitano stadium in Madrid, following the expiry of his current deal.

Should he choose to spend his last years at the club, there is a great chance he will lead them to silverware before he calls it a day.