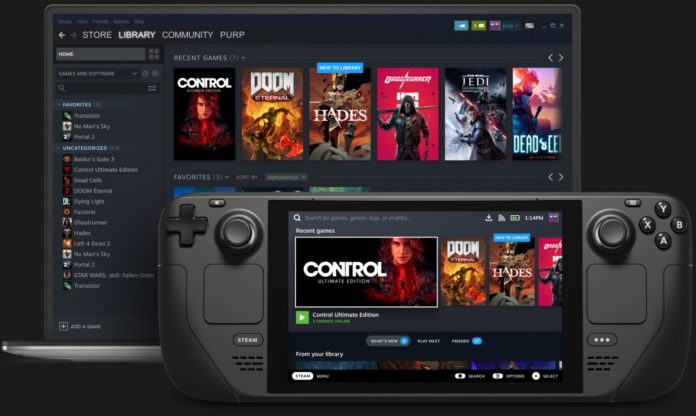 Earlier reports gave us an estimation that the list of games on Valve’s Steam Deck grew from 120 games to over 240 in under a week. However, that figure suddenly pales in comparison to what we have presently. According to GamingOnLinux, Valve has increased that number to 520 titles in just a few days.

The Steam Deck now has 309 titles entirely supported natively on the platform. The 211 different Playable titles may require some user tuning to work, but they will still work on the new handheld system.

Even though the Steam Deck presently has 520 titles, none of them is among Steam’s top 10 or even top 20 most popular games played on the platform. The lone exception is God of War, ranked 18th in Steam’s rankings.

This is potentially bad news for the Steam Deck, as the top 10 to 20 most popular titles now account for the vast bulk of Steam users. Early support for these games would provide a significant incentive for more mainstream gamers to purchase the Steam Deck.

However, we’re guessing Valve isn’t taking this lightly. We already know that concerns with anti-cheat software are a significant roadblock to game support. According to ProtonDB, most games that use anti-cheat software have severe problems running on Linux operating systems, with only a handful of titles receiving Gold status (meaning the game runs almost perfectly).

Because the Steam Deck runs on SteamOS, Valve’s homebrew Linux, all ProtonDB’s constraints will apply to the console.

The good news is that businesses like Epic have already incorporated support for the Steam Deck and Linux into their Easy Anti-Cheat software, which is fantastic. However, as far as we know, not all anti-cheat software providers have emphasised Linux compatibility at this time, making games that don’t use Easy Anti-Cheat challenging to integrate into the Deck.

In any case, Valve is rapidly expanding the number of games supported on the Steam Deck. With this rate of development, we should see more popular Steam Library titles operating on the Steam Deck shortly.