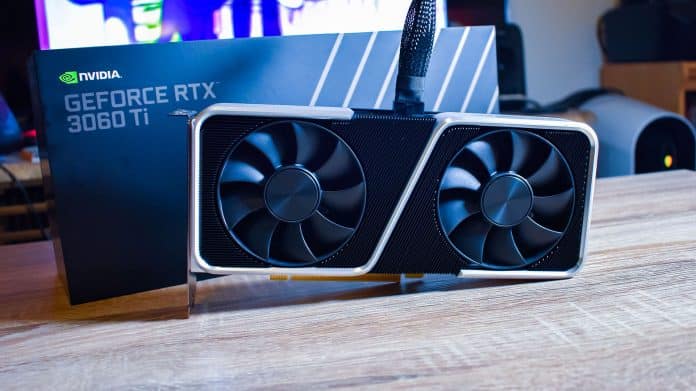 Last week we saw the reports that Nvidia was using its cut-down GA104 graphics processing units (GPUs) for GeForce RTX 3060 graphics cards which were originally supposed to be based on the GA106 GPU. The ‘new’ boards have the same performance characteristics and power consumption, as the ‘old ones.

And to add fuel to the fire, two suppliers of graphics cards this week, namely the Gainward and Galax have listed down products, which is an indicator that such GA104-powered GeForce RTX 3060 boards are coming to retail.

However, before we move forward just hold your horses as these cards are China exclusive. Moving forward, Gainward and Galax have only listed the GA104-150-based GeForce RTX 3060 graphics cards in China.

While using cut-down GA104 GPU instead of the GA106 for the GeForce RTX 3060 only makes sense if the silicon is not good enough to power GeForce RTX 3060 Ti/3070/3070 Ti graphics cards this means that the GPU had some defects after manufacturing.

It’s not strange for chip developers like AMD and Nvidia to sell batches of chips with defects through OEMs since it is not easy to support a huge number of SKUs across the world. So this news is easy to believe and we expect the new GA104 GPU to offer decent performance for gamers.

One thing to know about Gainward and Galax is that they both use large printed circuit boards (PCBs), still, it’s not made clear as to whether they both have used the same PCBs for GA106 and GA104-based GeForce RTX 3060 12GB graphics cards.

Currently, the GPUs are running short in the market with their selling price to be almost thrice their MSRP. The introduction of some new GPUs which will be made available for bulk gives some hope for the gamers.