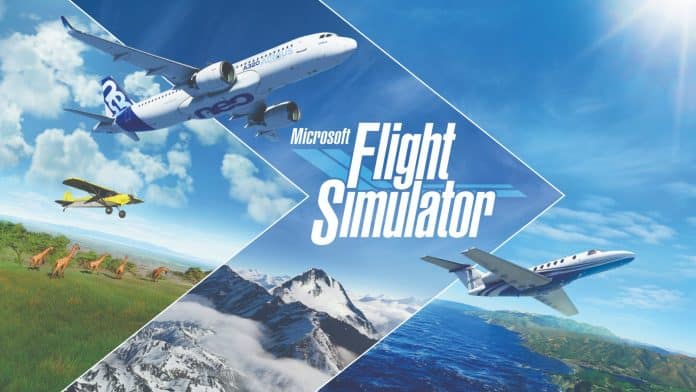 Microsoft’s Flight Simulator is loved by many in the gaming industry and has amazing mechanisms, and the developer has released many updates and features for the game.

But it seems the rate of new content and updates is only picking up as during Microsoft’s pre-Gamescom Xbox showcase, Microsoft revealed a wide range of upcoming content, including World Update 6, which focuses on Germany, Austria, and Switzerland, the new “Local Legends” series that recreates various regionally-famous aircraft, the Reno Air Races, and much more.

And the promised Top Gun DLC is still coming however, due to the movie embargoes Microsoft is yet to announce many details about the game. Here’s a look at the Germany, Austria, and Switzerland update.

Our latest World Update celebrates the region of Germany, Austria, and Switzerland. New aerial imagery, high-resolution elevation maps, and several brand-new 3D cities in Germany, Basel in Switzerland, Graz, and Vienna in Austria are drastically enhancing the visuals of these three countries and the beautiful mountain ranges of the Alps. The team has also hand-crafted about 100 famous locations (points of interest, or POIs) and several airports like Lübeck, Stuttgart, Klagenfurt, and St. Gallen. The update also includes discovery flights, landing challenges and bush trips that take simmers across this beautiful region of our planet.

The below trailer shows details for the Reno Air Races, which is being called the “first major expansion” for Microsoft Flight Simulator.

Microsoft has entered into a relationship with RARA (the Reno Air Racing Association) to bring the famous STIHL National Championship Air Races, the world’s fastest motorsport, to Microsoft Flight Simulator.

Most of the planes can fly up to 500 mph at an altitude between 50 ft and 250 ft above ground. This new update will be the first major expansion for Microsoft Flight Simulator, bringing more races against their friends or pilots from around the world with the addition of competitive multiplayer to the sim.

Microsoft Flight Simulator is available now on PC and Xbox Series X/S. World Update 6 and the Junker JU052 will be available on September 7, the Volocopter arrives in November, and the Reno Air Races launch sometime this fall. Top Gun: Maverick movie will be released in theaters on November 19.

- Advertisement -
Powered by JustWatch
Share
Facebook
Twitter
Pinterest
WhatsApp
Linkedin
Previous articlePCs and tablets to maintain growth through 2021, but the future is in laptops
Next articleTSMC’s Arizona to the facility to have its equipment partially built in Taiwan and shipped to the US