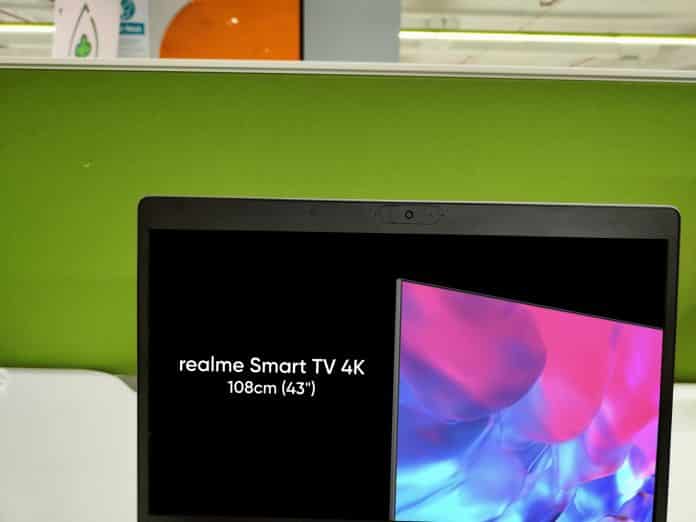 Every time Realme India held a launch event in India it was like a grand party with lots of product announcements and too much excitement surrounding the event. Today the company is going to launch the Realme 8 5G in India, and needless to say, that event is also going to be flashy as well. We are hoping to witness some more non-smartphone products as well in the launch event.

Realme India CMO Madhav has already teased a few upcoming hardware and some software upgrades in his tweets. Madhav has teased a new Realme Smart TV 4K (43″) and Realme Assistant teased by Madhav for Realme TVs.

For the television, Madhav has not mentioned anything other than a portion of its poster and the name of the TV itself. On the other hand, the Realme Assistant is tweeted with a video where we can see someone activating the Realme Assistant by just saying “Hey Realme assistant” and followed by the command, the assistant straight up does the work for the user on the television. This is a new addition to the Realme Smart TV environment as well.

Madhav has also confirmed that the company is pushing the all new Realme UI 2.0 in the upcoming Realme 8 5G so that you can get the very first and new experience from your brand new device from the very first day.

The company has already launched the Realme 8 5G in Thailand yesterday and no let’s see what awaits for India. We are hoping to witness an exciting pricing on the smartphone.

Share
Facebook
Twitter
Pinterest
WhatsApp
Linkedin
Previous articleMi 11X will contain a charger in the box in India unlike Redmi K40 in China
Next articleIPL 2021 – RCB vs RR: Fantasy XI team, prediction and how to watch the match live in India?