OPPO K9 5G Launching on May 6 in China 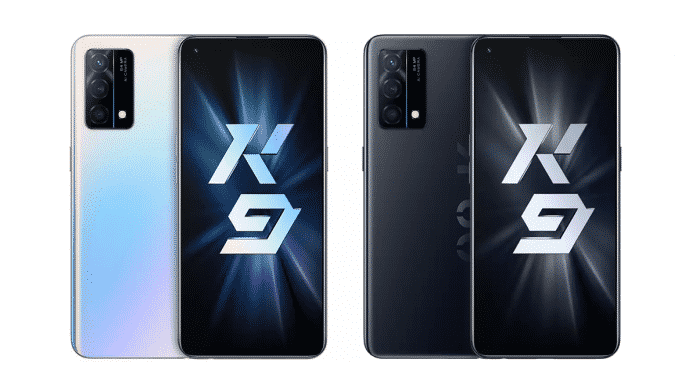 Oppo will launch the Oppo K9 on May 6 in China. The phone is promoted to have the best flash charger ever provided in a Oppo K series smartphone. This Oppo K9 has also been teased by the company on its official Weibo account.

The post explains a little bit about the smartphone where the company claims it to able to deliver 2 hours of power backup by charging only 5 mins. The launch will happen on May 6 at 3pm onwards in local time.

The poster image shared by the company reveals triple rear camera setup and some large brandings at the back written “09-K” and “Super Performance”. There is a tiny 64MP camera written beside the camera module, which means we are getting 64MP sensor at the back.

OPPO K9 5G official render have been listed on JD.com as well ahead of launch. The specifications of the phone has also been listed in the website. The listing reveals Oppo K9 has 6.43″ OLED display, 64MP triple rear cameras, 4300mAh battery that supports 65W fast charging. The phone will come in two storage variants – 8+128 GB and 8+256 GB. As mentioned the phone will run on Android 11. The company has also provided 3.5mm headphone jack. The phone is 7.9mm thick.