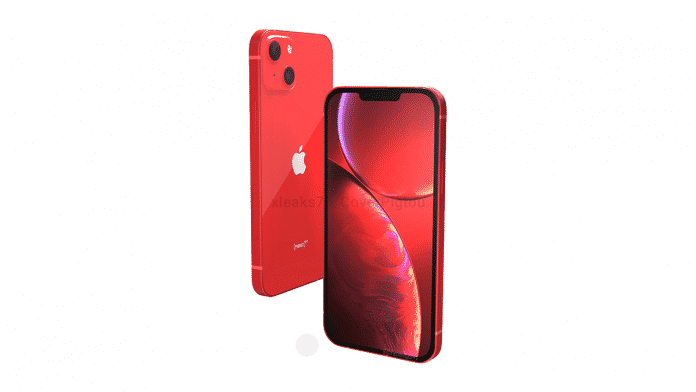 Just like the previous year, we all are excited about the upcoming Apple iPhone series of this year. Yes, we all are excited about the upcoming iPhone 13 series, if that is the name the company is thinking to give its upcoming iPhone series. But, here is a thing David at @ xleaks7 in partnership with Pigtou has teased some photos of the iPhone 13 (Product) Red product release. In addition to some high-resolution images, Pigtou has also shared a 4K video of the iPhone 13 render. Here are some images in the slideshow, you can pause the slideshow and zoom it to get a more detailed view.

From the renders, we can see that Apple has not changed anything much from the last generation iPhone at least in the case of design. Talking of that, it is pretty difficult for most of us to notice some minute changes that Apple is thinking to make in its upcoming iPhone 13 series. The display looks the same with the same bezels and notch at the top. Although, it is reported that Apple is going to make the notch a bit shorter than the previous models, and it also seems like that in the renders. The chassis looks similar to the iPhone 12 series which has the same kind of pointed edges as the iPhone 5s. At the backside, it seems that Apple is approaching an altered alignment of the rear cameras from vertical to diagonal in these renders. Other external components like dual speakers, microphones, and function buttons seem to have no change in position or design.

In case of internal specifications, all the new generation iPhones are expected to come with a better display and processor from Apple. So, this time rumors are claiming a 6.1-inches display for the base variant with an LTPO display panel for all, next-generation Apple’s Bionic chipset, and improved battery performance. It is pretty much expected that Apple might not change the original quality of cameras in this version from the last.

The starting price of the series is expected from $700 and that might cross the $1,200 mark for the highest variant. These phones are expected to launch by the same time the last year’s iPhone 12 series launch, around October.