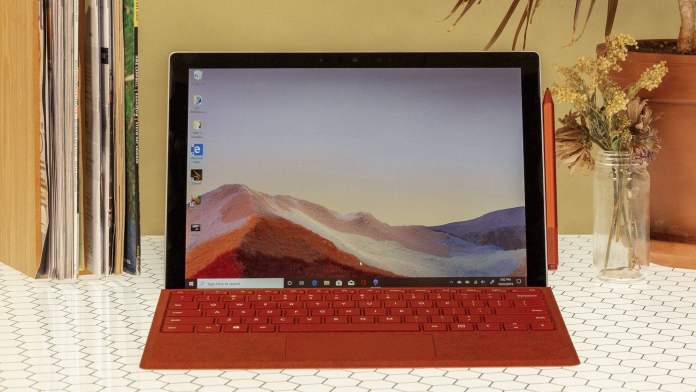 Yesterday we already saw the appearance of an unnamed Surface laptop on Geekbench score. The device rumoured to be Surface Laptop 4 is believed to be powered by AMD’s new Renoir APUs. In other news, Microsoft will also be releasing a new Microsoft Surface Pro 8, which will be powered by an Intel Tiger Lake chipset.

Now another Geekbench score of both the Surface Pro 8 and Surface Laptop 4 has appeared on the scorecard. According to sources, the Surface device is powered by an AMD Ryzen 7 3780U Microsoft Surface Edition (MSE) APU. The Ryzen 7 3780U MSE is actually a Zen+ 4C/8T part and has a base clock of 2.3 GHz and a boost of up to 4 GHz. The entry on Geekbench shows that the device has an 8C/16T part, and it also has a codename as Renoir.

The benchmark results achieved by the APU stands to confirm that the card is indeed Renoir. The original Ryzen 7 3780U MSE manages 940 points in single-core and 3,050 points in multi-core Geekbench 5 tests. But according to reports, the new Ryzen MSE APU scored 1,034 and 6,211 points in single and multi-core tests, respectively.

The Surface 8 Pro, on the other hand, is powered by the Core i7-1185G7 and its benchmark scores are also interesting. It managed to post a score of 1,343 and 4,970 in single and multi-core tests, respectively. The previous generation of the Surface Pro devices was powered by Intel’s Ice Lake SKUs, and the new Surface Pro 8 models will have the new Tiger Lake CPUs to boot. Though there are no other major significant changes that Microsoft has offered with the Surface Pro 8 and the updated CPU will only provide a bare minimum performance boost.