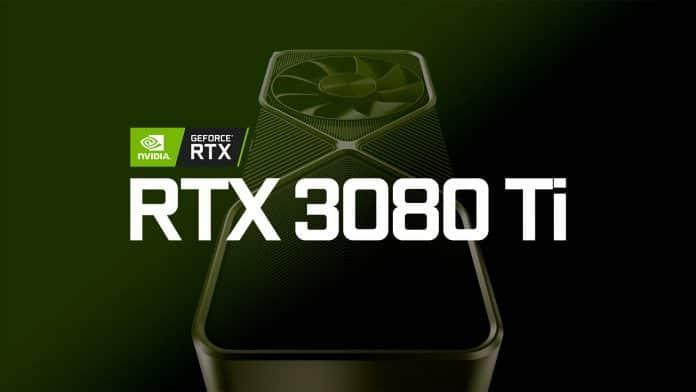 Nvidia is gearing the launch of its upcoming RTX 30 series cards to take AMD’s big Navi line-up. And the recent leak has confirmed some of the details regarding the forthcoming RTX cards from the green team. The flagship RTX 3080 Ti has been spotted in the HP driver. And this confirms that the name of the Nvidia GA102 based 20 GB graphics card is indeed RTX 3080 Ti.

According to sources, the names provided in HP’s driver list is indeed accurate. The 2205 ID shown in the image below indeed belongs to the RTX 3080 Ti.

The exact CUDA core count of NVIDIA RTX 3080 Ti is still not confirmed, but it will most probably have twice the amount of memory compared to RTX 3080. According to sources, the card will be landing in January 2021. The RTX 3080 Ti will be based on the GA102 and will have specifications between an RTX 3080 and 3090.

The exact chip terminology is said to be GA102-250-A1, and it will feature a 384 bits bus with GDDR6X memory. It means that NVIDIA will use a 12 GB or a 24 GB buffer. We have heard the rumors that Nvidia will be collaborating with TSMC for chipsets. But as of now, the green team is staying with Samsungs 8nm process for its RTX 3000 series.

AMD has already launched its big Navi GPU series; now it’s time to see how NVIDIA plays its cards. AMD is aiming for budget-friendly GPUs that offer optimal performance. While Nvidia may offer its cards at a low cost, the company has to unveil its cards soon to stay in the game.