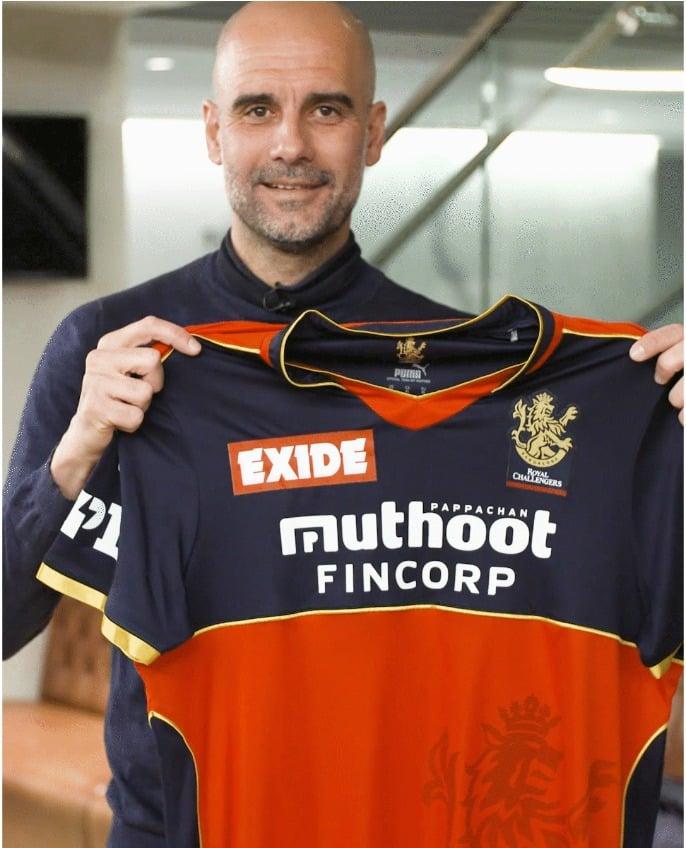 New Delhi, April 23, 2021: Applauding the Royal Challengers Bangalore’s unbeaten run in the ongoing edition of the IPL, renowned football coach and Manchester City manager, Pep Guardiola hailed PUMA athlete Virat Kohli and his side’s efforts and felt the time has come for him to also learn more about the game and its rules.

Considered as one of the greatest managers of all time, Guardiola, after RCB’s win over the Rajasthan Royals, posted a photo of himself holding RCB jersey on Instagram and wrote: “It’s time to finally learn cricket’s rules. Thanks to my friend @virat.kohli for the shirt. Now is your turn to use your Man City shirt @pumaindia @pumafootball #PUMAxRCB

Earlier last year, during an Instagram live session organized by PUMA, the duo, who are brand ambassadors for the global sportswear brand, was seen engaging in an enthralling conversation about their love for football. The Spaniard, who has guided Barcelona, Bayern Munich, and Manchester City to multiple league titles, had also expressed his desire to know more about cricket.