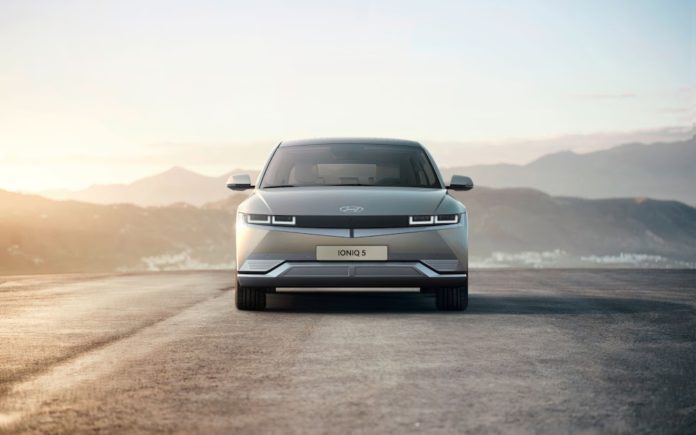 The electric car industry in India is gaining popularity among buyers, and as a result, Hyundai is planning to launch its Ioniq 5 EV in India later this year. The Ioniq 5 will be Hyundai’s second EV offering, following the Kona Electric.

The Ioniq 5 was recently spotted testing on Chennai roads, providing us a peek of its side profile and hinting at its impending release. The Ioniq 5 in India will look identical to the model sold overseas. It has a sleek silhouette and sharp lines featuring a neo-retro design.

As part of the partnership between Tata Power and Hyundai Motor India, an additional 60kWh fast DC chargers will be installed along with the current 7.2kWh AC chargers at 34 Hyundai EV dealerships across 29 cities in India. Moreover, Tata Power will provide and install the chargers at the preferred location of Hyundai’s EV customers.

However, there’s still no confirmed timeline for the Ioniq 5’s India launch, as some reports suggest a late 2022 launch, while others claim an early 2023 debut. The car was recently spotted being tested under heavy camouflage in Delhi, which seems to suggest that it could arrive soon, probably by the end of this year.

In its most powerful AWD variant, the Ioniq 5’s 77.4kWh battery pack sends power to a 325PS/605Nm electric motor, which can be driven for a claimed range of 417km. In the lower trims, the EV has a maximum claimed range of 458km. Irrespective of the variant, the Ioniq 5 will support fast charging, which allows for a 10 to 80 percent charge in 18 minutes. Details on the powertrain options for India are still under wraps.

Hyundai will bring Ioniq 5 to India as a CBU or Completely Build Unit. Because of this, the price would be quite high. Moreover, to keep the cost in check, the Ioniq 5 could arrive only with the smaller battery pack option (58kWh) and a single motor layout. In comparison, the EV6 comes with a larger 77.4kWh battery pack and also offers an all-wheel-drive (dual-motor) configuration. So, while the EV6 range starts from ₹ 59.95 lakh, the Ioniq 5 could have sub-₹ 50 lakh starting pricing (ex-showroom), which would be a significant difference.