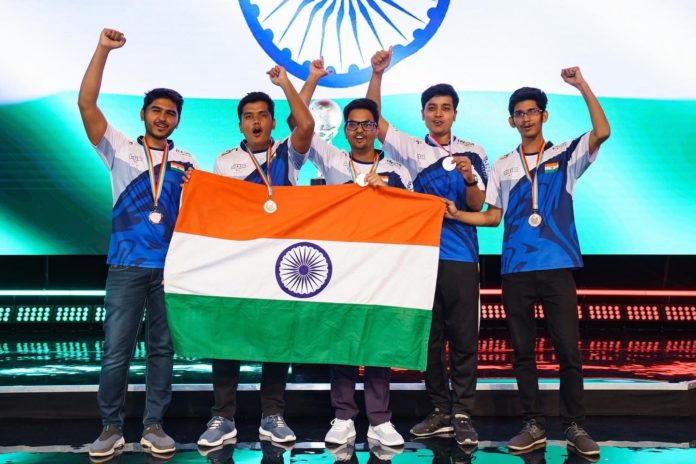 Tripartite support – Infrastructure, Training and wellbeing will equip the athletes to bring more laurels for the country in esports

Esports has exploded in popularity over the last few years in India. Esports (Electronic sports) is a competitive sport where esports athletes use their physical and mental abilities to compete in certain genres of video games in a virtual, electronic environment. Recently, the Indian DOTA 2 team produced a power-packed performance to clinch the bronze medal at the first-ever Commonwealth Esports Championship. The Indian Dota 2 team, comprising Moin Ejaz (captain), Ketan Goyal, Abhishek Yadav, Shubham Goli, and Vishal Vernekar, defeated New Zealand by 2-0 in a best-of-three format in Birmingham (6-7 Aug 22).

As esports is going to make its debut at the Asian Games 2022, earlier in 2018 it was there as a demonstration title when our esports athlete Tirth Mehta won a bronze medal (Hearthstone). The Asian Games 2022, originally scheduled for September this year, will now be held from September 23 to October 8, 2023. With the conclusion of the ESFI’s National Esports Championships in April 2022, India’s 18-member esports contingent for the Asian Games 2022 was finalised.

Before this big tournament, for India to become an Esports nation, the game needs to be recognised as a Sport and build a solid grassroots structure in the country which can result in bringing more laurels to the country in competitive gaming. The same is advocated by esports athletes and industry players:

“After winning the medal at the Commonwealth Esports championship in Birmingham, it’s high time that esports should be recognised as a sport. Esports athletes need their due recognition and support from our government and help us in providing better facilities, coaches, health physios and all other things which other sports athletes get as getting a medal for the country need proper support.” said Indian DOTA 2 team captain Moin Ejaz

“With the medal wins at Asian Games 2018 & now at Commonwealth Esports Championship, the time has come to recognize esports as a sport. The potential of Indian esports and our athletes cannot be ignored and its recognition becomes more critical before the Asian Games 2022 (scheduled next year), this will open up doors for investments & opportunities which will lead to training & skill development of our athletes. It is encouraging to see our Hon’ble Sports Minister Shri Anurag Thakur ji launching a mobile video game “Azadi Quest: Heroes of Bharat & Match3” in line with India’s celebration of Azadi Ka Amritmahotsav, following should be recognition of esports as a sport” said Mr Lokesh Suji, Director, Esports Federation of India & Vice President of the Asian Esports Federation (AESF)

Charanjot Singh, FIFA 22 athlete who will represent India in the next year’s Asian Games said “Recognising esports as a sport will help a lot. This can lead to esports having a proper framework, facilities and opportunities for everyone. This will automatically lead to the growth of the Esports industry as well. More athletes would want to join in and want to represent the country at global stages.”

“It was a big achievement for India on winning the bronze medal in Commonwealth Esports. To make the industry more aligned, there should be information shared and communication between the government and stakeholders who have been investing in the Esports Ecosystem in India and including athletes and organizations. In order to have a healthy ecosystem, young athletes should also be given education in order to learn about the legal and financial nitty-gritty of Esports apart from the basic necessities of training, financial support and mental & physical well-being.” said Rohit Jagasia, Founder & CEO of Revenant Esports

“It will definitely help the players get more exposure and all the support players need from the government and from their family itself. Getting the right infrastructure and hardware is one of the most important aspects of preparing for the Asian Games. Players will show more dedication towards the games which will definitely give us top results in upcoming games too. We are already doing so much better and this would definitely be a big step for esports athletes.” said Mayank Prajapati, Street Fighter V athlete who will represent India at Asian Games 2022 on how recognising Esports as a sport will help the esports athletes before the next year’s Asian Games.