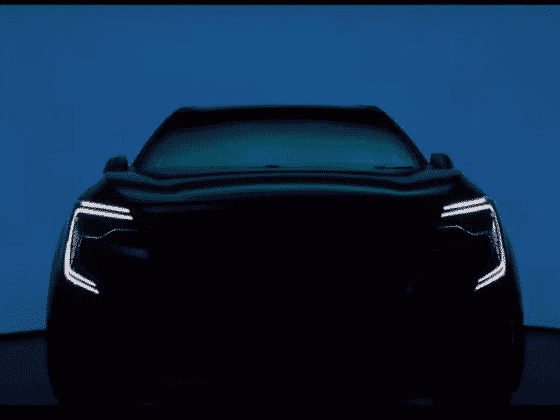 Mahindra has been teasing its upcoming Born Electric Vision concept cars for a while now, going by the latest teaser that the automaker has released gives us some critical information about the technological advancements and the features that we will get to see in these electric cars. Take a look at the teaser released by the carmaker.

Mahindra Born Electric cars will debut on the 15th of August

The latest teaser reveals a speedometer on an HD instrument cluster display, the visualizations are extremely elegant while the speed is visible in bold white. The teaser also indicates the different drive modes that we will get to see in the upcoming EV. P, R, N, D, and S which translate to Park Reverse, Neutral, Drive, and Sport. These modes are seen highlighted in Mustard Yellow and the sport mode is the peak performance mode for all these cars.

Following the clip, we are taken to a different display that seems to be the infotainment system with the user’s mobile paired to it. It also shows the charging status of the device in a sophisticated way.

It goes on to show a title called Personalising with 4 total options, Adjusting Seat, Adjusting Climate, Setting Music Preferences, and Adjusting Ambient Color. This means that the cars not only have these features but it also automatically adapts to the right mode depending on the user profile.

The display quality is amazing on the TV inside the car, with 4 dedicated touchscreen buttons for browsing many, opening navigation, music, and messages. There are also 2 temperature indications on both sides for the dual-zone AC.

The teaser goes on to claim that users will get to experience multi-sensory features, with a total of 3 new SUV concepts, all in different styles, Mahindra has adopted a new design language with their upcoming cars as they have been conceptualized at the Mahindra Advanced Design Studio in the UK. Pratap Bose was entrusted as the lead in this project.

The signature LED lights shift one’s attention to the front with a rather dominating look. On the rear, we see wraparound LEDs which seem to be the norm in electric cars. Mahindra’s upcoming launch will feature a big SUV coupe, a crossover edition, and a regular SUV. They will all debut on the 15th of August to mark 75 years of India achieving independence.

Mahindra to expand its portfolio of Electric Cars and invest Rs. 8,000 crores in the sector

TATA Motors will launch Tiago EV at an affordable price