Mahindra Scorpio-N has received 100,000 reservations within 30-minutes of Sales beginning 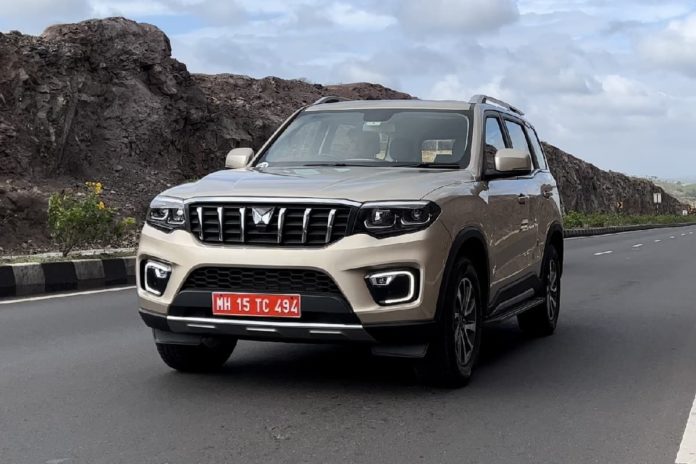 Mahindra & Mahindra, a local sports utility vehicle manufacturer, claimed that within 30 minutes of sales beginning, the all-new Scorpio-N has received 100,000 reservations, bringing in around Rs 18,000 crore ($2.3 billion) on an ex-showroom valuation.

The company disclosed in a press release on Saturday that the new Scorpio-N SUV received over 25,000 bookings within one minute of the booking process starting. This was due to the consumers’ enthusiasm for the SUV. The 2022 Scorpio-N will start shipping on September 26, 2022, and 20,000 of the SUVs are anticipated to be delivered by the end of the year, with the Z8L trim receiving priority.

Additionally, Mahindra stated that it would notify clients of the delivery date by the end of August 2022. Five variations of the new Scorpio-N will be offered: Z2, Z4, Z6, Z8, and Z8 Luxury.

The starting price for the new SUV is Rs. 11,99 lakh, and the top-tier model costs Rs. 21,45 lakh (ex-showroom). Additionally, some media reports claim that costs for the top-spec Scorpio-N model will exceed Rs 30 lakh in various places, including Kochi in Kerala.

At launch, the Scorpio-N 4WD variants will cost Rs 2.5 lakh more than the 2WD versions. Only the Z4, Z8, and Z8L diesel models will have 4WD.

Since there are no other body-on-frame SUVs available in India, the new Scorpio-N won’t have any direct competitors in the segment. However, this new SUV will compete with models like the MG Hector, Tata Harrier, and Safari in terms of performance and price.

The petrol engine generates 380Nm of torque and 203 PS in automatic trim, respectively. However, the diesel engine, which will come in two tuning levels, will produce 132 PS and 300 Nm of torque in the lower level and 175 PS and 370 Nm (manual)/400 Nm (automatic) torque in the higher level. It should be noted that the SUV will only be offered in lower-tuned 6-speed MT and RWD configurations.

Previous articleIntel rumoured to launch its Arc Desktop GPUs between August and September
Next articleBitcoin shows promise, rises by 3.4% to $24,584.24

Mahindra Scorpio: Everything We Know About the New Generation SUV