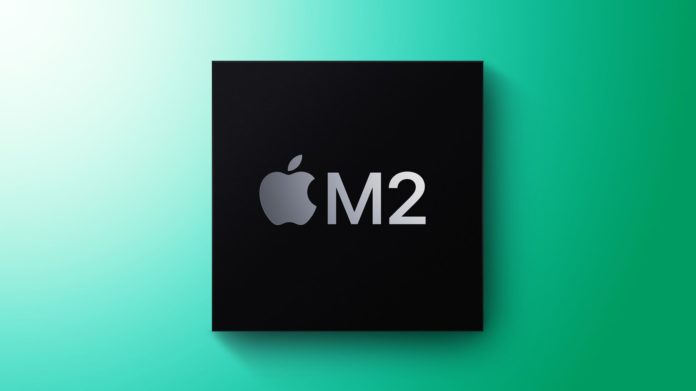 In the new Apple 14-inch and 16-inch MacBook Pro models, the M2 Pro and M2 Max will be replacing the M1 Pro and M1 Max, respectively. The CPU and GPU core count for the M2 Pro are currently unclear, however, the M2 Max’s specifications have been released yet again.

The Cupertino Giant’s portable Mac roadmap was previously revealed, with a 15-inch MacBook Air reported being on the way. Apple’s M2 Pro and M2 Max will be released later this year, according to the company.

These powerful SoCs are reported to be built using TSMC’s cutting-edge 3nm technology, giving Apple an advantage in cramming more transistors, which in turn will end up improving the performance and power efficiency of  both SoCs

The bespoke Silicon, according to the source, could handle up to a 12-core CPU and 38-core GPU, offering Apple a lot of freedom with the M2 Max’s CPU and GPU cores. We have already received reports on the maximum number of CPU and GPU cores, however, there is still no news on the M2 Pro. Do note that the M1 Max comes with a 10-core CPU and 24-core GPU as standard, with a 32-core GPU available as an upgrade.

For the time being, it’s difficult to comment on the M2 Pro because we don’t know the M2 Max’s base configuration. The M1 Pro had an 8-core CPU and 14-core GPU as standard, with a 10-core CPU and 16-core GPU available as an upgrade. Apple could, at the absolute least, increase the number of GPU cores in the base M2 Pro compared to the M1 Pro, as it did with the M2, but such predictions are premature.