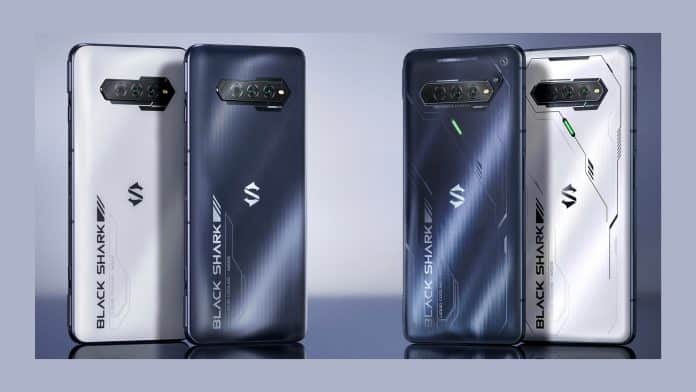 Let us take a look at the detailed specs of both devices:

The Black Shark 4S features a 6.67″ E4 AMOLED screen with a high refresh rate of 144Hz. The device comes with an amazing 720Hz Touch-sampling rate.

The Black Shark 4S is powered by the Qualcomm Snapdragon 870 SoC and is paired with 8GB/12GB RAM options. Coming to the storage configurations, the device comes in 128GB/356GB UFS 3.1 storage.

Coming to the camera specs of the Black Shark 4S, it features a triple camera setup on the rear comprising a 48MP primary sensor, an 8MP secondary sensor, and a 5MP sensor.

It has a 20MP selfie shooter.

The Black Shark 4S comes with a 4,500mAh battery with support for 120W fast charging! With that kind of charging speed, you will not need to worry about running out of battery life.

The Black Shark 4S Pro features a 6.67″ E4 AMOLED screen with a high refresh rate of 144Hz, an amazing Touch-Sampling rate of 720Hz, and a Hi-res display.

The device is powered by the Qualcomm Snapdragon 888+ SoC, the best chipset at present. Coming to the camera specs it has a triple camera setup on the rear with a 64MP primary sensor, an 8MP depth shooter, and a 5MP macro shooter.

Coming to the front camera specs, the device has a 20MP selfie shooter.

The device comes with support for WiFi 6E and NFC. It has the Z-axis motor and the Sandwich Liquid Cooling System

Both the devices are now open for pre-registration, the first flash sale is scheduled for October 15th.