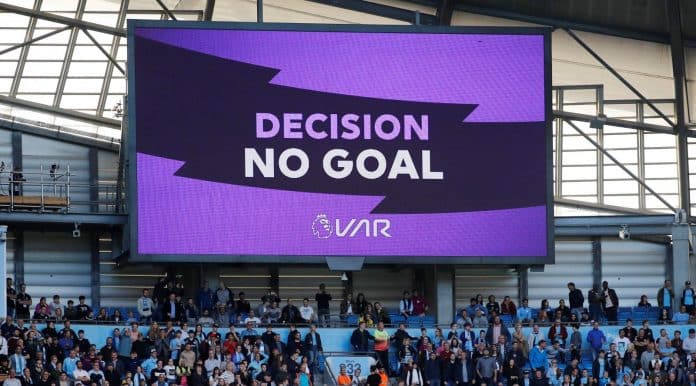 The Premier League has earned a lot of critics for its controversial use of VAR over the last two seasons. Fans have spoken out about the issue, saying that they believe the technology is making football less enjoyable. Many players, such as Kevin De Bruyne, Jack Grealish and Jordan Henderson have also spoken out against the decisions, stating they do not understand the calls.

The use of the VAR technology earned a lot of praise in Euro 2020, with many seeing the usage as positive and beneficial. Roberto Rosetti, the head of the officials at Euro 2020, has now joined hands with the Premier League to work towards a less interfering approach for the VAR.

Five referees represented England at the European Championships, with Michael Oliver and Anthony Taylor leading the on-pitch representation, while Stuart Attwell, Chris Kavanagh and Lee Betts were VARs. The five will talk to the rest of the English officials in a meeting scheduled for early August, and will share their experience of working with VAR at the Euros.

Lee Mason, having been an on-pitch official for 15 years, is now set to be the first designated VAR in the Premier League. His experience working with the technology full-time will surely help improve the quality of the games.

According to Rosetti, the reason behind VAR being successful at the Euros was due to their ‘light touch’ approach. The aim is to intervene less than before, and to understand the natural flow of the game before making decisions. Rosetti pointed out, ‘if you watch in super slow-motion, all the handball situations become punishable’. So, we can expect less controversial handball decisions this time around in the league.

Previous articlePOCO F3 GT launching on 23rd July in India
Next articleHow PSG can line up in the 2021-22 season?