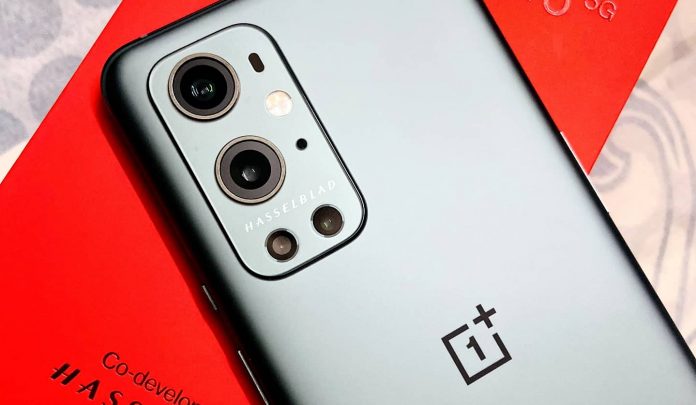 OnePlus 9 Pro and OnePlus 9 have been delisted from Geekbench after they were reported to tweak CPU and GPU performance. Both the phones pack Qualcomm Snapdragon 888 SoC, the flagship SoC from the chipmaker. However, a fresh report claims that OnePlus is blacklisting few specific apps to slow down workloads, whereas offering full performance access to other apps, including benchmarking apps. While OnePlus might be blacklisting these apps to preserve battery, but it also makes the results via benchmarking apps less relevant.

A new report from Anandtech dives deep into determining whether or not the OnePlus 9 Pro’s benchmarks match real-world usage, and unfortunately, the answer seems to be a hard no. While OxygenOS allows benchmarking apps to reach full performance using it’s Snapdragon 888, OnePlus has included a blacklist of popular apps from the Play Store, all of which are prevented from taking full advantage of the phone’s power. The report speculates it’s an attempt to deliver improved battery life — a failure if our review is anything to go by.

As for what apps are affected by OnePlus’s manipulation, unfortunately, it seems to be wide-reaching. Anandtech tested dozens of the most popular apps in the Play Store, ranging from social networks to Microsoft’s Office suite, along with several popular third-party browsers, and nearly everything was limited. Even pre-installed system apps were restricted. It didn’t take long for a pattern to appear: if you recognize an app’s name, it’s probably being throttled by OnePlus.

Following this investigation, Geekbench has decided to delist the OnePlus 9 series from the Android Benchmark Chart. The benchmarking site tweeted, “It’s disappointing to see OnePlus handsets making performance decisions based on application identifiers rather than application behavior. We view this as a form of benchmark manipulation. We’ve delisted the OnePlus 9 and OnePlus 9 Pro from our Android Benchmark chart.”

OnePlus is yet to release an official statement on the incident. Realme, one of OnePlus’ cousins, was also accused of fudging numbers on benchmark websites. The Realme GT 5G was banned from the AnTuTu benchmark test for the same. Realme, in its defense, said that the numbers were accurate and that it is in touch with AnTuTu to sort out the issue.

Previous article
iPhone 13 series: Price, specs, and other features
Next article
Arsenal on the verge of signing Albert Sambi Lokonga