Huawei MatePad 11 launched with a 7,250mAh battery in China 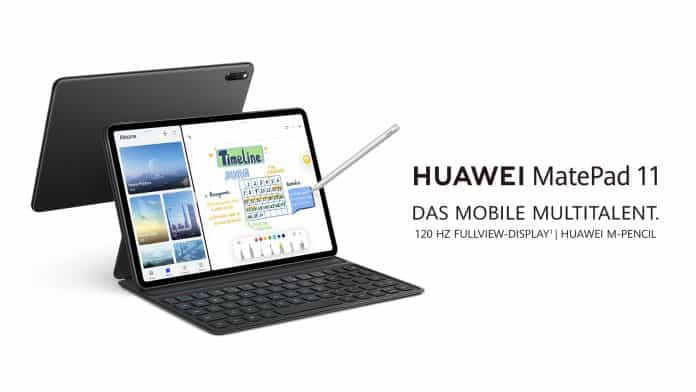 The Huawei MatePad 11 has a Qualcomm Snapdragon 865+ chipset. Some Previous rumors told us that it will come with a Snapdragon 870. They weren’t entirely wrong, given that it is an incremental update over the Snapdragon 865+. The tablet will come with 6GB RAM and a 64GB/128GB storage option which is a good option at this affordable price range. Further expansion is possible through an off-the-shelf micro SD card.

The Huawei MatePad 11 comes with a 13MP camera at the back and an 8MP selfie camera at the front. The tablet supports 22.5W charging with have 7,250 mAh powerful battery which is sufficient for this type of tablet at this range. Connectivity options include Wi-Fi 6, Bluetooth 5.1, GPS, and a USB Type-C port. Huawei MatePad 11 also comes with a second-generation M-Pencil in its retail box.

This affordable Huawei tablet comes at EUR 399 in Germany, currently, we do not have any information about its availability.