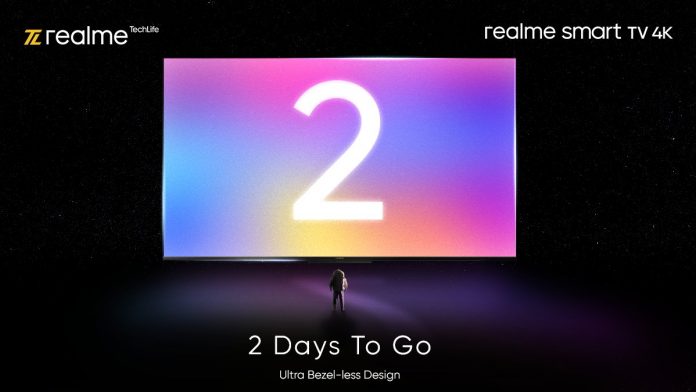 Realme is doing really well in the Indian market with its smart TV segment ranging from budget to flagship-level offerings from the last year. If we talk about its upcoming releases in the smart TV segment, the Realme TV 4K will come in 43″ and 55″ variants. We all know that Realme will launch Smart TV along with the Realme X7 Max on May 31 in India.

Connectivity options will include three HDMI ports, two USB ports, one AV out, one ethernet port, and a Tuner port. It will come with support for Bluetooth V5.0 and support for dual-band WiFi(2.4 and 5 GHz). Both the TVs will run on Android 10 and the expected gross weight of the 43″ variant will be 9.5Kgs and the 55″ variant will weigh 13.1kg.