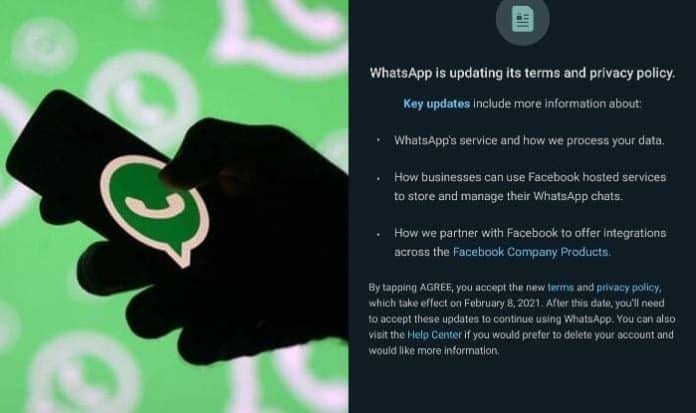 WhatsApp confirmed on Friday that they won’t stop users from accessing the instant messaging platform completely on the previously mentioned deadline of 15 May. The company announced that no one will lose functionality of the application due to the privacy policy update. However, the services on the application may be limited.

The Facebook-owned application will continue to remind users to accept the new privacy policy. WhatsApp claims that after a period of several weeks, the reminder people receive will eventually become persistent.

Once users start receiving a persistent reminder, they will encounter limited functionality on WhatsApp until they accept the updates. However, WhatsApp claims that this will not happen to all users at the same time.

WhatsApp users won’t be able to access their chat list but users will still be able to answer the incoming phone and video calls. If the user has notifications enabled, they can tap on them to read or respond to a message or call back a missed phone or video call.

As a few more weeks pass, the user won’t be able to receive incoming calls or notifications and WhatsApp will stop sending messages and calls to their phone. The user will be able to export their chat history on Android or iPhone and download a report of their account. WhatsApp won’t delete their account if they don’t accept the update. Deleting the account erases message history, removes the user from all of their WhatsApp groups, and deletes their WhatsApp backups.

Earlier this year, WhatsApp updated its terms of service and privacy policy. The changes outlined in this update almost entirely focused on interacting with businesses on WhatsApp. The initial notification announcing these changes that appeared in the app was somewhat vague, which caused the internet, with its lack of reading comprehension and patience to read anything longer than a tweet, to collectively lose its mind.

The company has since then spent a good part of the last couple of months informing users what the new terms actually mean for them. It also relaxed its initial deadline of May 15, which was when the app was supposed to be nerfed for those who chose not to accept the new terms. However, relaxed as they may be, the company will still eventually prevent you from using the app entirely, even if the changes don’t necessarily pertain to you.

Previous articleLeak: AMD’s 6nm Zen3+ based Ryzen Rembrandt to have 12 CUs RDNA2 GPU
Next articleAMD Ryzen 9 5900X and Ryzen 9 5950X finally seems to be available at good prices in India