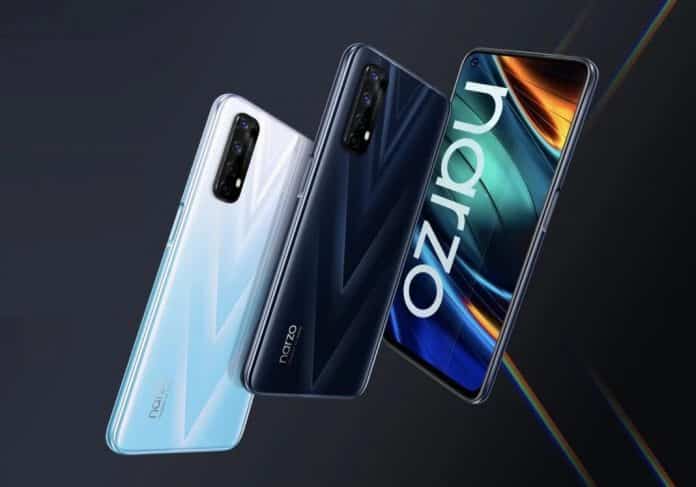 Realme Malaysia has later shared an image of the upcoming Narzo 30 smartphone in a face-up position, which means we can see the display of the smartphone only. From the image, it is clear that the smartphone will have a punch hole cut display like the other members of the series. This smartphone will also have a side-mounted fingerprint scanner which is also visible in the image.

The Realme Narzo 30 was already expected to launch in India along with the other smartphones but it seems that that company has some other plans in mind. The Narzo 30 might be very similar to the Narzo 30A that was launched in India last month with MediaTek Helio G95. There are very limited information available right now about this upcoming device but we have came across an exclusive unboxing video of the device which we will be explaining to you in our upcoming article.