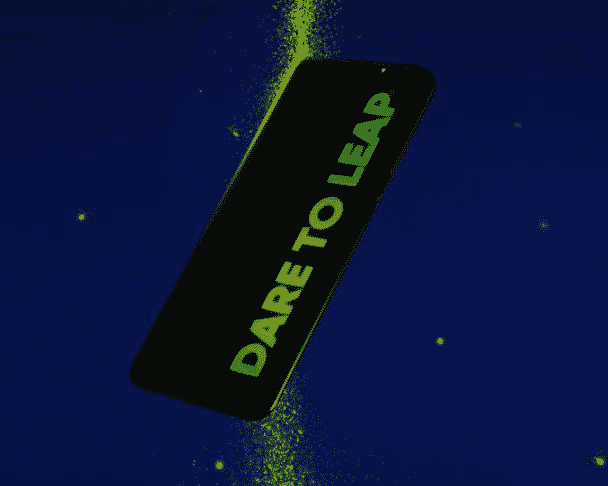 Realme was still working on the Realme Q3 smartphone for China and the phone was already tipped to launch soon. In the meanwhile, Xu Qi Chase is sharing some hints and images of an upcoming smartphone. This time Chase is showcasing a smartphone that will glow in the dark. The gif shared by him shows that the “DATRE TO LEAP” logo glowing up in dark. This is the Realme Q3 with a fluorescent logo at the back.

In the Weibo post shared by Chase, he mentions coming back by next week, which means that the company will announce the launch date of the Realme Q3 for China. Some of the rumors point out the fact that Realme Q3 is a rebranded Realme 8 Pro that was launched in India launched month.

The Realme Q3 is said to be powered by the Dimensity 1100 SoC, which also contradicts the fact of being a rebranded Realme 8 Pro because the latter is powered by a Snapdragon 732G processor. Other reports hint to have a Full HD+ panel supported by a higher refresh rate of 120Hz. The RAM/storage options have not been confirmed yet, but expected to be paired with LPDDR4x RAM and UFS 3.1 storage.