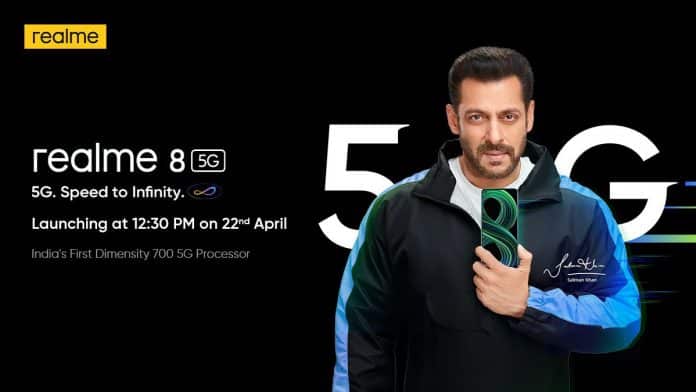 Realme India has officially confirmed the launch date of Realme 8 5G, which is scheduled for April 22. The phone will be available via Flipkart in India. Realme is only promoting only one device right now, which is the Realme 8 5G but we also knew that Realme 8 Pro 5G will also come. Previously we had claimed that the phone will launch in India a day after the launch in Thailand which is on April 21.

Moreover, Realme 8 5G has been spotted on Geekbench database with MediaTek Dimensity 700 SoC, which is a 5G chipset. The chipset will be paired with 8GB RAM. The chipset has also been confirmed by Realme Thailand’s official website. Madhav, however, did not produce any time frame regarding the Realme 8 5G launch date. He once shared that the 5G version of Realm 8 will add more cost to the base version. We can see that in the launch itself.