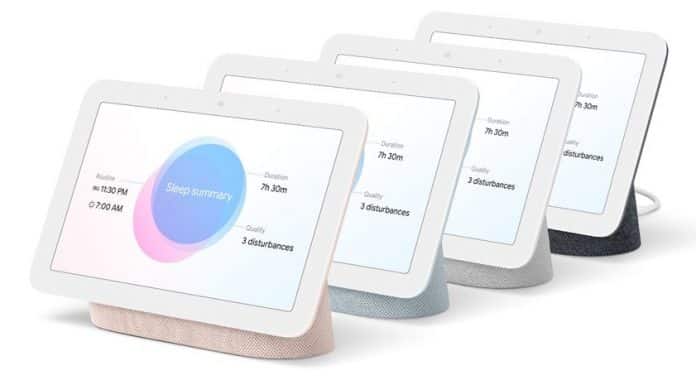 Google’s Nest Hub is a portable speaker works on your voice commands. It also offers you the ability to control different devices from a single screen. On Tuesday, Google has launched the second generation of Nest Hub. This new version of Nest Hub will cost you $100. The sale of Google’s device will start on 30th March 2021, though, you can still pre-order the device in the U.S., Canada, U.K., Germany, France, and Australia.

The second-generation model of Nest Hub comes with a number of improvements that will attract a lot of customers. One of the biggest features which have been added in the latest version is the new sleep tracking feature. This will aid customers in differentiating Google’s Nest Hub from similar devices sold by Amazon and Facebook.

It flaunts a 7-inch screen that you can use to watch streaming video services. The new model offers 50% more bass than the first model. You can pause or play the device by merely pointing your palm at the screen. Motion Sense, which is powered by Soli’s low-energy radar, tracks your body’s movements as you sleep.

Whether you are snoring or coughing, how the temperature is changing in your room at the night, everything will be tracked by this feature. The Nest Hub does all of this with the aid of microphone, light, and temperature sensors. Also, to erase any privacy concerns, the Nest Hub does not host a camera.

All the audio recorded in the device won’t be passed on to Google’s data centers. Another proof that Google is paying special attention to the customer’s privacy is that the information collected won’t be used to sell ads. After tracking everything, it will hand you a report of how well you slept. Thus, you won’t be required for any other device like a fitness device on your bed.

MetalFX is Apple’s version of the Game Upscaling Technology