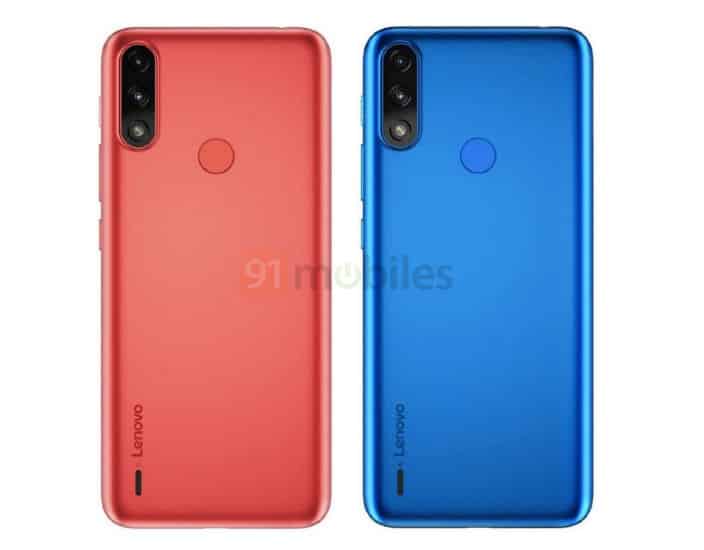 Lenovo is about to launch another budget-friendly smartphone, named Lenovo K13 which has been recently got certified from Bluetooth SIG certification. Now, tipsters have come out with its renders along with the key specifications. Lenovo K13 makes us remember the Lenovo Lemon K12 and Lemon K12 Pro, the rebadged version of the Moto E7 Plus and Moto G9 Power respectively. Another report (from Bluetooth SIG) is saying that the Lenovo K13 might be the rebranded version of the Moto E7i Power as we found the model numbers of both the phones were similar (XT2097). Let’s see what we’ve come to know from its leaked renders and key specifications.

Just like its predecessor, the Lenovo K13 will run on the Android 10 OS and is expected to be powered by an octa-core 1.6GHz clocked chipset (the name is unknown). Regarding display, this phone is likely to feature a 6.5-inch HD+ (1600 x 720 pixels) waterdrop notch panel. This phone has a rear-mounted physical fingerprint scanner at the center of the rear panel.

The SoC of this phone is expected to be paired with 2GB of RAM and 32GB of internal storage (could be expandable up to 32GB via an external microSD card). Coming to the camera section, this phone will have a dual rear camera setup that includes a 13MP primary sensor along with a 2MP secondary sensor. For selfies, this phone is equipped with a 5MP selfie snapper at the front. This phone is said to be available in two color options: Red and Blue.

In terms of ports and buttons, this phone has a power button, volume rocker, and a dedicated Google Assistant key on the right side. It has a speaker grill on the rear side with the official Lenovo branding. As per connectivity, it has the support for dual-SIM 4G LTE and a USB-C port for charging, and the phone weighs around 200 grams. As per pricing and availability, everything is under the wraps.

Nivedita Bangari - March 4, 2021 0
Lenovo’s Yoga Tabs are amongst the best tablet devices available in the market. they are the most versatile in terms of usages. they have...