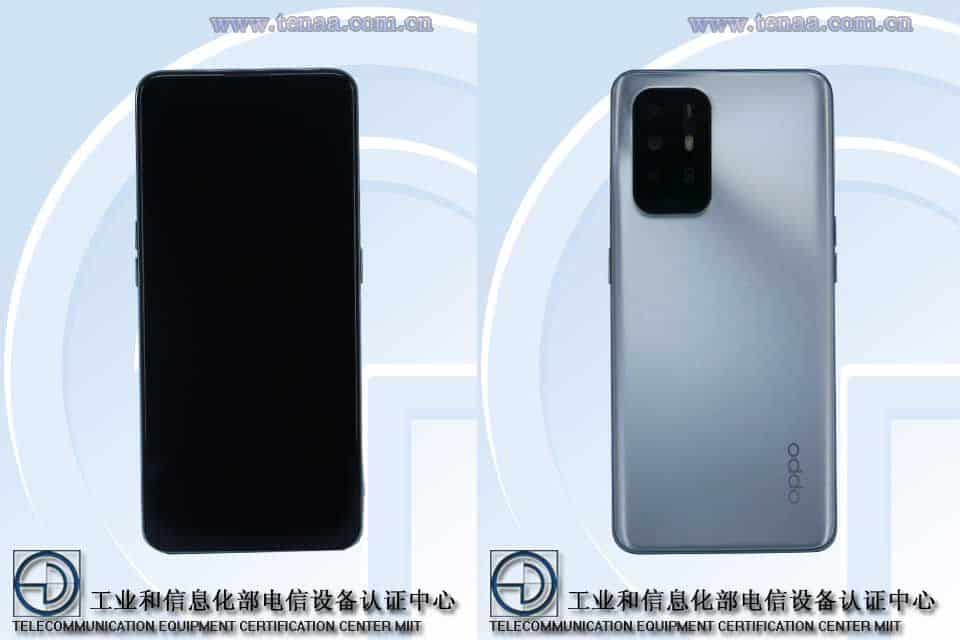 A few days ago Oppo has launched its Oppo Reno5 Pro 5G smartphone and current reports are saying that Oppo is working on another Reno5 smartphone, named Oppo Reno5 Lite 5G. This phone has already appeared on TENAA‘s certification website (via) with a model number PELM00 from which we’ve come to know some of its key details and specifications.

As per the listing, the Oppo Reno5 Lite 5G runs on the Android 11 OS (chipset has not been revealed). Regarding the display, it has a 6.43-inch panel (as per listing) which is expected to be an AMOLED one as we are not able to locate its fingerprint reader neither on the rear side nor on the edge. That means, there is a higher possibility that it will have an in-display fingerprint scanner that means an AMOLED panel.

Coming to the edge-buttons, this phone has a volume rocker on the left edge and a power key available on the right edge. The Oppo Reno5 Lite 5G is fueled up by a 4,220mAH battery supported by a 30W (3C listing revealed) fast charger. From the name, it is confirmed that the OPPO PELM00 will be 5G enabled. This phone measures 160.1 x 73.4 x 7.8mm.

On the rear side of the device, we can see a large rectangular rear camera setup. But, we cannot count the number of sensors as the image is not clear. But it is expected to be a triple or quad rear camera setup. Similarly, the front side image is also unclear so that we cannot confirm whether it will have a punch-hole or waterdrop notch for holding the front camera module.

The availability of this device is not clear as of now. But we can expect that it may go official later this month. For any further information, we’ll keep you posted.

OPPO patents a Smartphone with a second display in the rear...