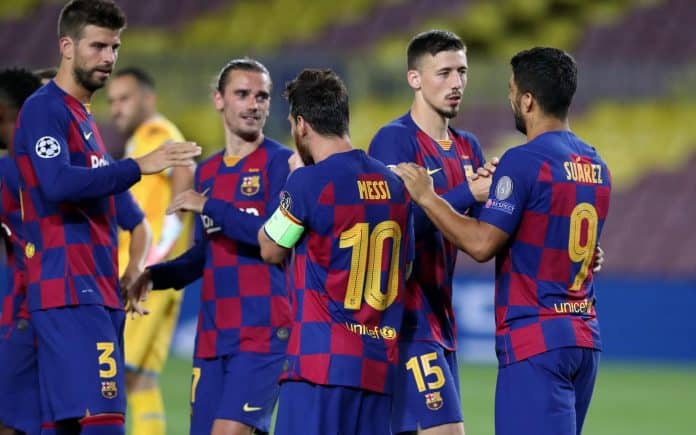 Leo Messi was on the verge of leaving Barcelona this summer after things got extremely chaotic at the club. However, with his contract expiring in the summer and the club nowhere close to reaching an agreement, it appears that the Argentinian is definitely on his way out.

While Messi has never been much of an aggressive person, his recent comments justify the fact that he is not happy at Camp Nou.

His comments were in response to an allegation that Antoine Griezmann’s uncle made at the superstar.

“Griezmann was convinced that he wasn’t going to be successful within the first six months, but what I didn’t expect was that [his struggles] would last an entire year,” he said.

“Besides, with Messi, I know what’s going on inside – it’s not easy.

“Basically, [Messi] doesn’t work hard enough at Barca and the training sessions are structured in order to please certain people, which is fine if you don’t want to work.

“Antoine needs to work, even though others don’t need as much effort to play well.

Messi already had a rift with the former Atletico Madrid striker, barely playing the ball to him last season. While things have improved on the pitch, the tension still persists between the two players.

This recent allegation made by Griezmann’s uncle will not make things any better between the two. Messi talked to reporters recently regarding the issue:

The Barcelona captain has become visibly frustrated, and it looks ever so likely that he will be heading for the exit door in the summer.

Messi’s Barcelona currently sit eighth in the La Liga table. They will have to be in top form if they are to put on a good display against Griezmann’s former team, Atletico Madrid next.

The real reasons behind the postponement of IPL 2021

Barcelona have eyes on Xavi return