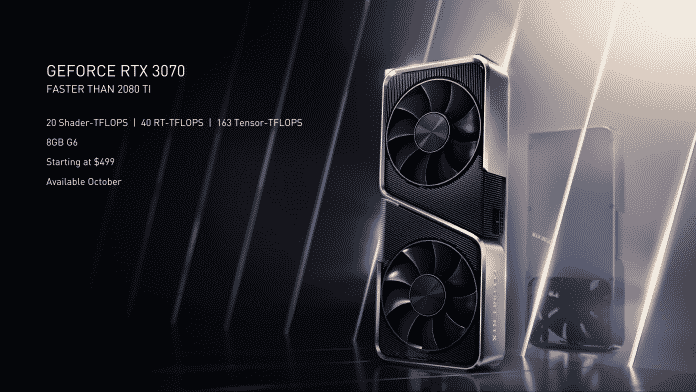 We already know that Nvidia’s next-generation RTX 3080 Ti will be launched soon. But there has been no official confirmation regarding the launch date of the graphics card. According to sources, HKEPC claims that Nvidia plans to release its RTX 3080 Ti card in January 2021. The news, however, is not confirmed by Nvidia.

The graphics maker has already released the RTX 3080 and RTX 3090 for US$699 and US$1,499, respectively. The RTX 3080 Ti is expected to be between the two cards and will come at a price of around US$999. The card’s price is just right and will Nvidia a chance to combat AMD in the price segment. AMD unveiled its latest entry into the graphics market, the RX 6900 XT, for US$999. The company even claims that the 6900 XT can easily compete with the RTX 3900.

According to sources, Nvidia’s information launching the new card in January 20201 comes from a Taiwanese board factory. Sources also confirmed that an RTX 3080 Ti SKU (PG133 SKU 15) exists and has been included on NVIDIA’s most-recent roadmap. These roadmaps seemingly change regularly, and we have already seen this with the cancellation of RTX 3080 20 GB, and RTX 3070 16 GB SKUs suggests.

The RTX 3080 Ti will also have a 320 W TGP, making it 30 W less power-hungry than the RTX 3090. Sources also claim that NVIDIA will not include its NVLINK connector on the RTX 3080 Ti. However, all of these are rumours and should be taken with a pinch of salt. As to whether Nvidia will release its GPU in January 2021 remains to be seen.