New Apple MacBook Air could be the fastest 13-inch notebook ever! starts at ₹92,900 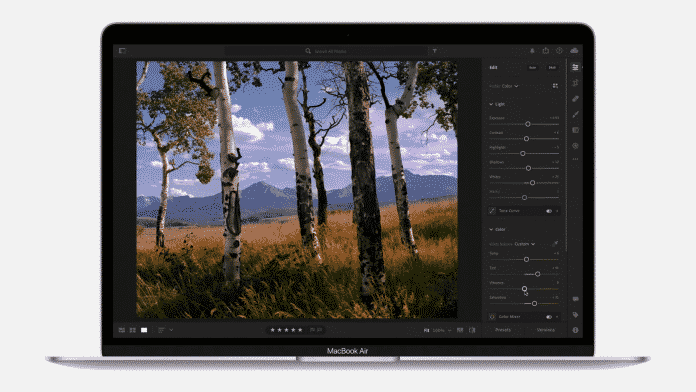 Apple has launched its much anticipated 13-inch MacBook Air – the first Apple Silicon powered notebook based on ARM architecture. This has both its advantages and disadvantages but the world cannot wait for Apple’s new innovation driving the new MacBooks.

At the heart of the new MacBook Air is the new powerful and efficient Apple M1 chip that gives a performance that has never been seen before and gives more battery life than ever. Thanks to its Machine Learning capabilities and security, users can do heavy tasks at ease without having to risk their privacy.

Ditching Intel from now on, Apple will only use its own chips on its new MacBook Air, and it makes sense because its own chip is far more powerful than Intel.

The new thinnest, lightest notebook from Apple has been made on a fanless design; still, the CPU speeds up to 3.5x faster than before, and GPU speeds up to 5x faster. This kind of performance on a thin and light notebook could never be thought of honestly!

Apple even says its new MacBook Air is 3x faster than the best-selling Windows laptop, although which laptop Apple is talking about is not known yet. Still, Apple promises 9x faster ML performance and 2x faster SSDs. Well, these numbers look great on paper but the actual real-world benchmarks would be even more helpful in judging with others.

The new 8-core Apple M1 chip is paired with up to 8-core GPU along with 16-core Neural Engine. The base variant comes with 8GB unified memory while you can opt for 16GB as well if you need, and the base variant uses 256GB SSD while the 16GB model uses 512GB SSD, all of these are configurable up to 2TB SSD.

It is crammed with a 49.9-watt-hour lithium‑polymer battery that promises up to 15 hours wireless web usage and up to 18 hours Apple TV app movie playback. Apple will be including a 30W USB-C Power Adapter as well to charge the MacBook on-the-go.

The Two Thunderbolt / USB 4 ports has support for:

Also, it retains the headphone jack and for connectivity we have 802.11ax Wi-Fi 6 wireless networking and Bluetooth 5.0. Apple promises that the 720p FaceTime HD camera will give better video quality, thanks to its machine learning and ISP, features like noise reduction, greater dynamic range help to make you look better during video calls.

The three built-in microphones on the MacBook Air makes sure what you say gets heard whether you’re on a call or while dictating a note or even asking Siri about the weather. Also you have stereo speakers that provide wide stereo sound as well as support for Dolby Atmos playback.

Then you have a gorgeous 13.3-inch (diagonal) LED-backlit display with IPS technology; 2560×1600 native resolution at 227 pixels per inch with support for millions of colours. The screen goes really bright up to 400 nits brightness and is very color accurate with Wide colour (P3) and True Tone technology.

You can use the MacBook Air to connect to one external display with up to 6K resolution at 60Hz. Also, use the Thunderbolt 3 digital video output over USB-C to display anything on any screen possible.

MacBooks do have amazing keyboard and trackpad, so this one too is no exception. The new MacBook Air will feature a backlit Magic Keyboard and a Force Touch trackpad for precise cursor control and pressure-sensing capabilities. Also you have the Touch ID sensor in the power button to use your fingerprint to secure your MacBook.

Coming in at just 1.29kg weight, the new Apple MacBook Air is indeed the fastest 13-inch laptop with efficiency couldn’t have imagined before. Also the new macOS Big Sur will be the key software to bind everything to give you the best experience possible.

Apple’s new approach of MacBooks will surely excite a lot of fans out there who had been waiting for this and the though of cross-compatability along with fanless design makes the new MacBook Air even more useful and efficient.

The best thing is the price of the new Apple MacBook Air powered by M1 chip is just $999, the same starting price a year before but with even more power & efficiency at no extra costs. This is a killer move from Apple as its new MacBook Air, can now be used to edit 4K videos, play intensive games, used to run heavy applications and do a lot of things that we never thought of before.

An END of Intel saga – This was eventually happening and with this launch, Apple will not look back, its just that Apple has to make the transition to the new ARM-based ecosystem more streamlined and effective.

The new 13-inch MacBook Air in India will start at just ₹92,900, same as last year, with color options: Gold, Silver and Space Grey. You can configure it your way via Apple Online Store and order it with availability starting from 17th November.