MS Dhoni asked whether game against KXIP in IPL 2020 would be his last; he responds “definitely not” 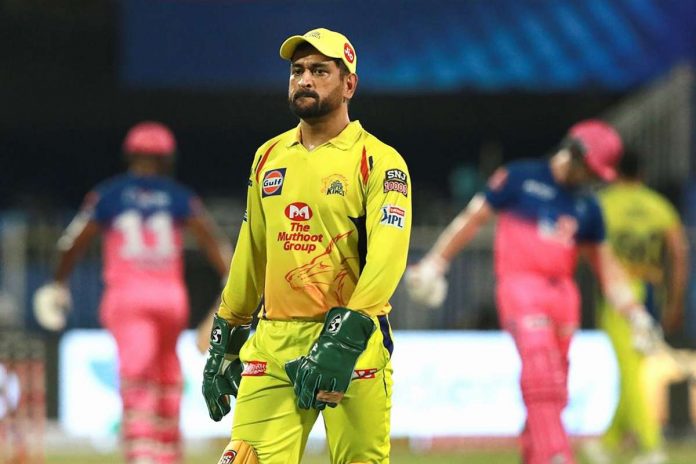 MS Dhoni has moved to clarify rumours that have surrounded his CSK future. Asked at the toss whether it was his last game in the famous yellow jersey, he responded, “Definitely not”.

This ties in perfectly with reports last week about CSK CEO Kasi Vishwanathan talking about how it was not necessary to change the entire setup, just because of one bad season.

He was quoted as saying at the time, “Yes, definitely. I am very confident that Dhoni will lead CSK in 2021. He has won three titles for us in the IPL. This is the first year we have not qualified for the playoffs. No other team has done that. One bad year does not mean we will have to change everything.”

Ahead of IPL 2021, the most important questions will be asked of what the squad will look like when the Chennai management take to the auction table. The elimination from Group Stage is not something that CSK are used, with this edition being the first time in their 11-years history.

Struggling to chase down totals earlier on, their entire team underperformed from the beginning which saw them lose points continually. The chopping and changing of the playing XI also did not help matters, in a tournament that prides itself in retaining functioning combinations. From that perspective, Dhoni as captain needs to relook of what he demands from his team going into the new edition of the competition.

One thing is for sure that Dhoni has not been himself as a batsman often getting out for low scores and not sustaining a meaningful innings to guide the team home. This season, he has scored 199 runs in 12 innings at a strike rate of 118.45.

From that perspective, he no longer is the clinical finisher that he once was. CSK, however, did end their campaign on a winning note, beating KXIP by 9 wickets in Match 53 of the IPL 2021. And he will hope that next year, they are able to make a capable challenge of claiming back the title.

IPL 2022 Mega Auction: Everything You Need to Know