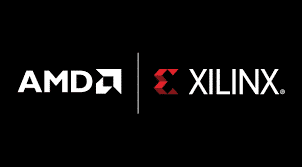 We have earlier heard rumours of AMD trying to acquire the silicon manufacturer Xilinx. The deal comes when the semiconductor industry sees waves of ripples for innovations in silicon manufacturing. The demand for high-performing processors in the data centre and cloud computing, hence AMD is reportedly trying to establish itself as a significant silicon supplier for the high-demand industry.

The deal is crucial for AMD as its biggest rival in the graphics processor market is already making its move. NVIDIA works to acquire the chip manufacturer A.R.M., which will give Nvidia an unfair advantage in the data centre and artificial intelligence market. So with this deal, AMD will have a fair chance of establishing itself as a competitor in the data centre chip manufacturing market.

According to sources, AMD will pay Xilinx shareholders a total of $35 billion in an all-stock transaction. According to AMD’s pricing, the company’s shareholders will then receive 1.7234 AMD shares in exchange for each share of Xilinx, and the price of each share is said to $82.9726.

The deal states that AMD shareholders will own 74% of the new entity, and the remainder will belong to Xilinx’s shareholders. However, the company’s shareholders are still to give the deal a green flag.

According to sources, Xilinx’s C.E.O. Mr Victor Peng will be joining AMD’s president in overlooking his company’s growth strategies. The two other board members of Xilinx will reportedly be joining AMD’s board.

AMD earlier released its earnings for the third quarter of 2020, which stated that its Computing and Graphics segment made significant profits. The chip designer has beaten all estimates for its GAAP and non-GAAP earnings per share (EPS) and analysts’ revenue. AMD’s shares are currently down by 2.10% over yesterday’s close. This deal stands to increase the company’s profit by two-fold in the coming years.