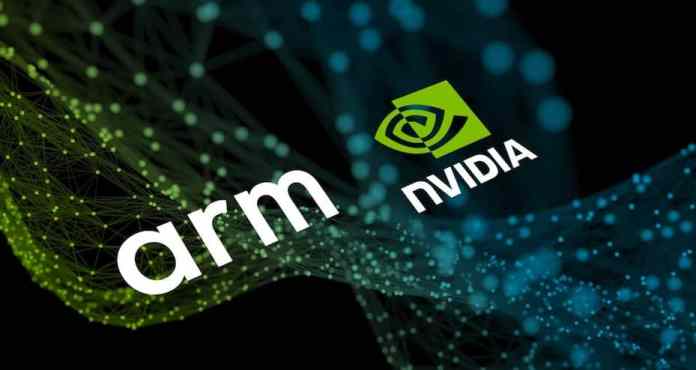 Nvidia, the global leader in Graphic card designing, has officially announced its acquisition of ARM. Many in the tech industry believe that the acquisition of ARM will give Nvidia an unfair favor in the chip market. The deal will also limit competition in the market.

However, the merging of both brands has been defended by the CEO of both parties. In an official statement, the companies said that their work in the chip market has just begun.

In recent years, ARM has become an important part of data center servers and laptops. ARM’s chips and instruction sets are a key part of smartphones, autonomous vehicles, and billions of sensors.

ARM has been termed as the Switzerland of the semiconductor industry. The company has licensed its technology to hundreds of companies. But it has never been competitive with any of them.

Nvidia’s acquisition of ARM stands to threaten the very meaning of “Switzerland of Semi-conductor industry”.

ARM has been a major chip supplier for many big names in the tech industry. Companies like Qualcomm and Intel are direct competitors of Nvidia. This deal has raised concerns among them that Nvidia will be favored with ARM’s latest designs when they are released in the market.

Apple has never embraced any Nvidia technology. But it relies on ARM to create powerful processors for its iPhone and iPads.

Largest cloud-computing providers like Google, Amazon, and Microsoft use ARM-based chips to run its online services. They also use Nvidia’s GPU to accelerate its artificial intelligence processing. This acquisition stands to favor Nvidia in the server technology.

China is an important market for ARM. Its acquisition by Nvidia will put it under the control of a US company. This further stands to increase trade tensions among China and the US.

While Nvidia stands to benefit from this deal, ARM’s china business may be staring at an uncertain future.

Dell XPS 13 9310 2-in-1 has been dubbed as the best 13-inch laptop available in the market. The company just announced that...
Read more
Technology