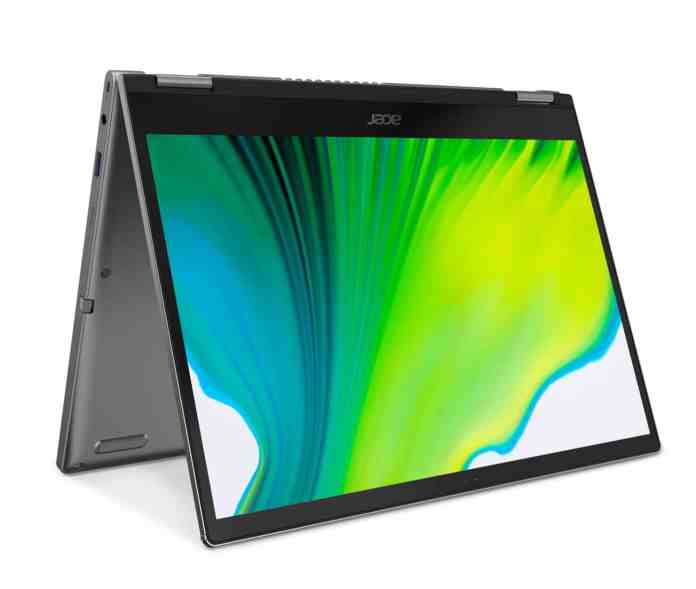 Acer is having a blast in the fourth quarter of 2020. The company is already planning to release plenty of devices, and we have already seen the details about its upcoming Chrome OS device that will be powered by Snapdragon 7c. Anticipation is high as to what the company will reveal in its next announcement. Well, we have the scoop.

The Acer Spin 3 and the Spin 5 similarities

Both the spin variants differ with the processor installed and other technical specifications. The Swift 3X will feature the latest 11th Gen Intel Core processors and the new Intel Iris Xe MAX discrete graphics card to offer professionals powerful performance.

Both the Spin models will feature Active Stylus support. It will provide style-conscious professionals with a flexible experience.

The Acer Spin 3 will feature a 13.3-inch screen display along with a 2,560 x 1,600 resolution. The machine also sports a 360-degree hinge that allows users to create a tented orientation that is perfect for graphic design and drawing on the screen. The laptop also features two USB Type-C ports that have Thunderbolt 4 support and two USB Type-A ports.

The Acer Spin 5 will come with an NVIDIA GeForce MX450 GPU instead of the Intel Iris X graphics. The machine will feature an 80% screen-to-body ratio and Ram support of up to 24 GB DDR4 memory.

The notebook features up to 1 TB of M.2 PCIe SSD and 2 TB HDD storage, which is more than what other business-level laptops offer. The Spin 5 will be available in North America in February 2021 and has a price tag of $999.99.