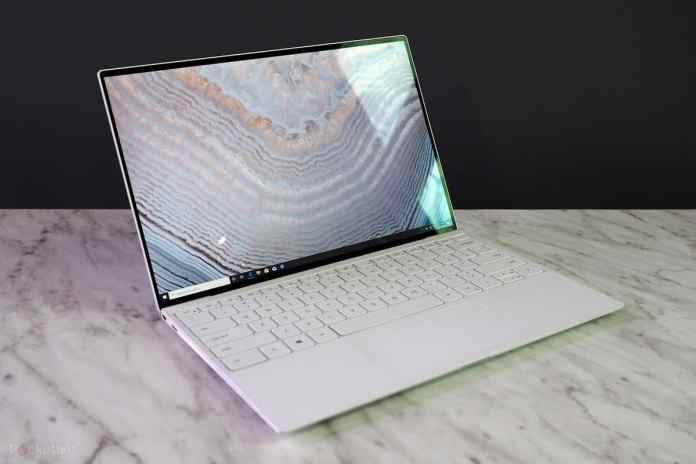 A few weeks ago, we saw dell unveiling it’s upgraded XPS 13. The new XPS 13 would come with Intel’s latest Tiger Lake processor. We are yet to see how exactly the new machine fares up against its other competitors. But according to sources, the review website Phoronix has had its run with the upgraded device from Dell.

According to sources, Phoronix has reviewed the notebook powered by the Core i7-1165G7 edition. It is worth remembering that the 1165G7 is the second most potent chip in Intel’s Tiger Lake-U series, behind the Core i7-1185G7.

Phoronix reported that the Iris Xe Graphics G7 (96 EUs) in the device offers an increase in GPUs’ performance. The new Xe Graphics G7 beats the Vega 7 and Vega 5 GPUs in the benchmarks.

The Dell XPS 13 is the best notebook in its class and is known for more than just its processor. The laptop made its impact on professionals with its excellent battery backup and top-quality display and build quality.

If Dell decides to upgrade its device with the upcoming Ryzen 5000 series, it will boost it. Dell decided to upgrade its XPS 13 with Tiger Lake; though the device received a much-needed upgrade, it still falls behind its competitors sporting the Ryzen 4000 series SoCs in performance.