Gareth Bale can return to England this summer 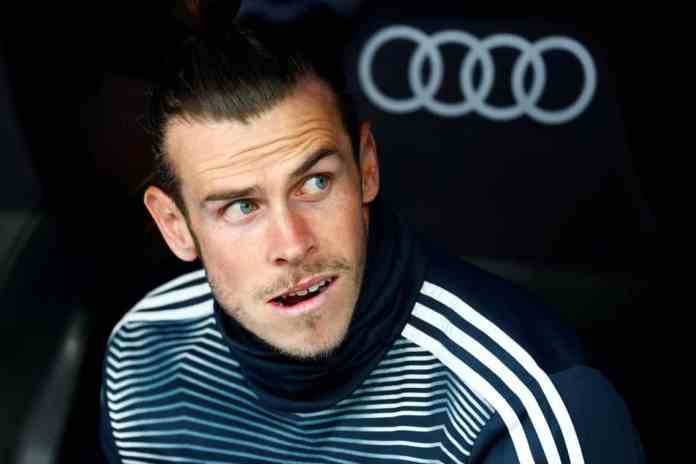 Gareth Bale is now considering a situation of return to Premier League if the circumstances arise in this transfer window.

Currently, he is in his international duty with Wales for UEFA Nations League. Recently he feels good to play for Wales because he is valued so much in Wales Camp.

Gareth Bale has surely found himself out of favour for Real Madrid manager Zinedine Zidane. He was benched by Zidane in the last few games of Real Madrid in La Liga. He was also not in the Champions League squad to face Manchester City in the second leg.

In a recent interview with Sky Sports, he said, “I think everyone knows how much I love coming away with Wales. It’s nice to be back at a place where you are a little bit more appreciated and supported by your fans no matter what.”

Gareth Bale joined Real Madrid in 2013 from Tottenham Hotspurs for a record fee. He has won 4 UCL and 2 LaLiga titles with Real Madrid. He was also the Man of the Match for the 2018 UCL final after scoring 2 goals against Liverpool.

The 31-year- old winger wants to get more playtime and I ready to leave Madrid if his club let him go. It was rumoured that Tottenham is interested to bring him back to London.

“If those options arise (interest from Premier League clubs) it is something I’d look at for sure,” Bale told to Sky Sports.

“We’ll see what happens, we have plenty of time in this transfer window and a couple of others as well. Time will tell but mainly I think the reason is that the decision is in Real Madrid’s hands.”

“I want to play football, I am still motivated to play football, so I guess it’s on the club. They are in control of everything. I have a contract, all I can do is carry on what I am doing and hopefully something comes up.”

“I am only 31 still but I feel I am in great shape still and feel like I have a lot to give. We will see what happens. It’s in the club’s hands but they make things very difficult to be honest.” He added.

It was quite clear he is unhappy with his current club and wants to live as soon as possible. It is fully up to Real Madrid now.

COVID-19 has already shaken the economy of the whole world. All the European clubs are facing a heavy crisis in their economy....
Read more
Football

Leeds United has confirmed the signing of the Spanish defender Diego Llorente. Llorente has signed a 5-year deal with the Premier League...
Read more
Indian football

Tottenham have been on a streak of signings in the transfer market. After re-signing Lo Celso from Real Betis, they announced Hojberg...
Read more

Why are LaLiga clubs selling so much?

The LaLiga clubs have been quite active this season, but not in the recruitment process. Spanish clubs, in particular, are more into...
Read more
Load more