Real Madrid are looking to sell these 8 players in 2020 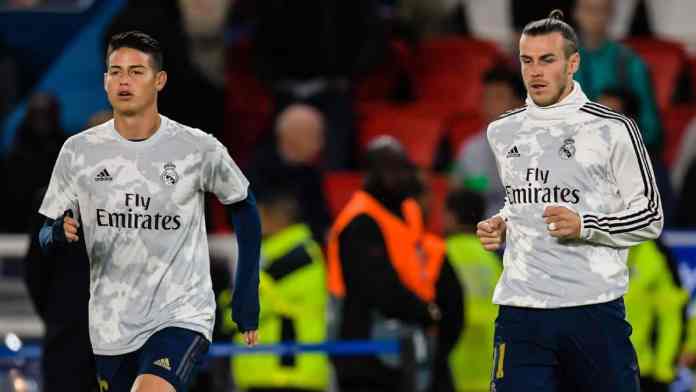 Real Madrid are having a quiet transfer window until now. They are one of the richest clubs in European football. In the last decade, their club president Florentino Perez had put together a Galacticos plan in place where he used to buy one of the biggest football stars in each transfer window.

But in this summer transfer window of 2020, Real Madrid hasn’t signed any players yet. It’s quite a strange thing to hear. The reason behind it is that Zidane already has a big squad so he will have to sell some players first before signing anyone.

Zidane has steadied the ship after Ronaldo left for Juventus in 2018. Last season they won the LaLiga and would hope to continue their dominance. But in order to do so, they need to sign some new players to fill the gap.

For example, Benzema is in good form but there is no backup striker. After the season restarted in June due to the Coronavirus pandemic, Benzema played all of the 11 matches at a stretch. So you can clearly see that Madrid lacks a good backup striker.

So Real Madrid are willing to sell these 8 players in this 2020 transfer window in order to make new signings.

Out of these 8 players, 5 of them are pretty close on leaving Madrid. James Rodriguez is in talks with Ancelotti’s Everton and it seems certain that he will move to the Premier League side. Oscar Rodriguez has also linked with Sevilla while Brahim Diaz is all set to join AC Milan. Benfica has shown interest in Mariano and Borja Mayoral has been linked with Valencia.

Sergio Reguilon and Dani Ceballos do not seem to be part of Zidane’s plans either for the upcoming season. The left-back has won the Europa League with Sevilla and they would be more than happy to keep him. He seems to has no shortage of suitor

Spanish midfielder Ceballos, who was on loan at Arsenal is tangled between his former club Real Betis and Arsenal. His goal is to have as many minutes as possible to be eligible to go to next year’s European Championship.

The only player on this list with almost no one interested is Gareth Bale. He is the highest-earning player in Real Madrid and they desperately want to sell him.

Real Madrid are looking to sell all these 8 players before the transfer deadline on 5th October.