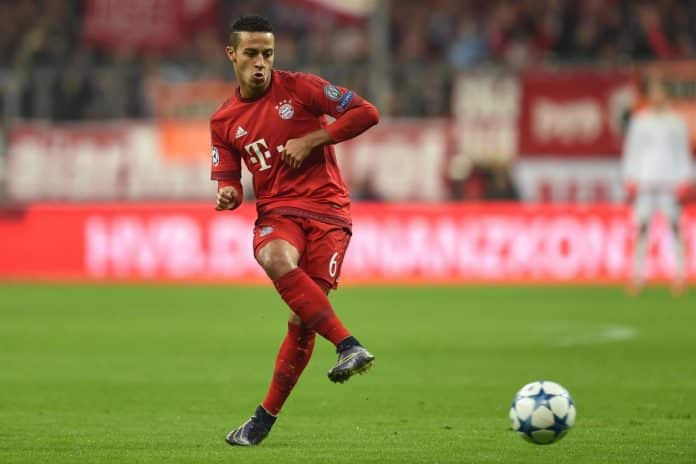 Liverpool has already been crowned as the Premier League champions of the 2019-20 season. This win has ended their 30 years long wait for the top-flight title. Unfortunately, they have been eliminated from the Champions League by Atletico Madrid, so now they are focussing on planning for the next season.

Bayern Munich’s chief executive Karl-Heinz Rummenigge has admitted Thiago Alcantara is seeking a new challenge, and therefore he could leave the German giants at the end of this season. He is out of contract at the Allianz Arena in 2021. Bayern is reluctant to lose him for free. So they would rather sell the Spanish international this summer.

Rummenigge, CEO of @FCBayern, confirmed that @Thiago6 wants to leave the Club. therefore he should be sold. Rummenigge: „We don't want to lose a player for free next year. I say that very clearly!“ @BILD_Sport

According to many reports, Liverpool has agreed on personal terms with the midfielder. They are going to pay €35m to Bayern for Thiago.

The La Masia [Barcelona’s youth academy] graduate would be a superb addition to Klopp’s squad if Liverpool could get the deal done.

Thiago Alcantara has been one of the best passing midfielders in Europe over the past few seasons. He still has 3-4 years left playing at the top level so he would definitely add more quality to the Liverpool midfield and strengthen their grip as one the European powerhouses.

Previous articleSamsung seems to be skipping the 4nm process to head over to 3nm instead
Next articleSamsung Galaxy M41: More information surfaced including battery capacity