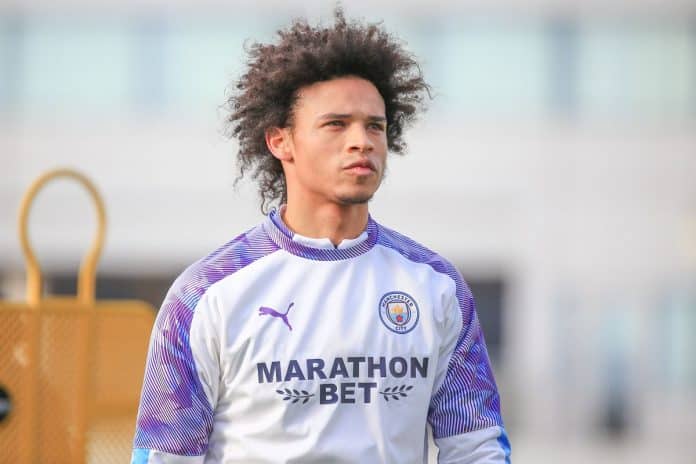 Bayern Munich has been interested in the Germany international for almost 2 years now. Leroy Sane has been deemed as the perfect replacement for Franck Ribery in Bayern’s right flank. But the Bundesliga champions were unable to lure in Sane in the previous seasons, so they had to make a loan deal for Inter winger Persic as a makeshift winger.

Sane, himself was keen to return to Germany in a bid to challenge for the Germany spot in international competitions. He missed out on the 2018 World Cup but hopes to be in the Germany squad for the Euro which was postponed to 2021.

announcement Leroy Sané: the Transfer to @fcbayern is done! @BILD_Sport

Manchester City boss Pep Guardiola said when asked about Leroy Sane on Wednesday: “It’s not already done, there are still some little issues, but it looks like he’ll go to Munich. I wish him all the best.”

“I give him big thanks for these years together and I wish him all the best in a fantastic club. He wants to leave – everyone has their own life. I would have loved him to stay here, but he decided to leave, he thinks he’ll be better and happier, so I’ve nothing to say.”

Leroy Sané to Bayern Münich, here we go! As reported by @cfbayern total agreement has been reached between Bayern Münich and Manchester City. Paperworks time for the player – he’s going to sign until June 2025. 🛑 #MCFC #Bayern #transfers

Bayern Munich has recently won their eighth straight Bundesliga title. They have already started preparing to build a stronger team for the next season. Franck Ribery and Arjen Robben were one of the most threatening duos in world football. After they retired Bayern somewhat struggled in European competitions.

Both under the age of 25 & both two of the best talents in world football. 🇩🇪 pic.twitter.com/UOVqG5l24x

Bayern has now successfully replaced the duo by Leroy Sane and Serge Gnabry. Both of them have electrifying pace along with football intelligence. They can pass as well as finish with the best of them.

Bayern Munich are going to pay €50m or a little close to €60m to Manchester City for Leroy Sane. This is a very good business from Bayern’s perspective. Sane’s last competitive goal for Manchester City came in a win away at Manchester United in April 2019. He has been out for almost 1 year with an ACL injury, but we all know how dangerous and talented a player he is!

Leroy Sane has already arrived in Munich to complete his medical. He is set to sign a contract that will keep him at the Allianz Arena till 2025 and see him earn up to €17m a year in Germany.

He can definitely help the club to bring European success and has the potential to be a future Ballon d’Or.